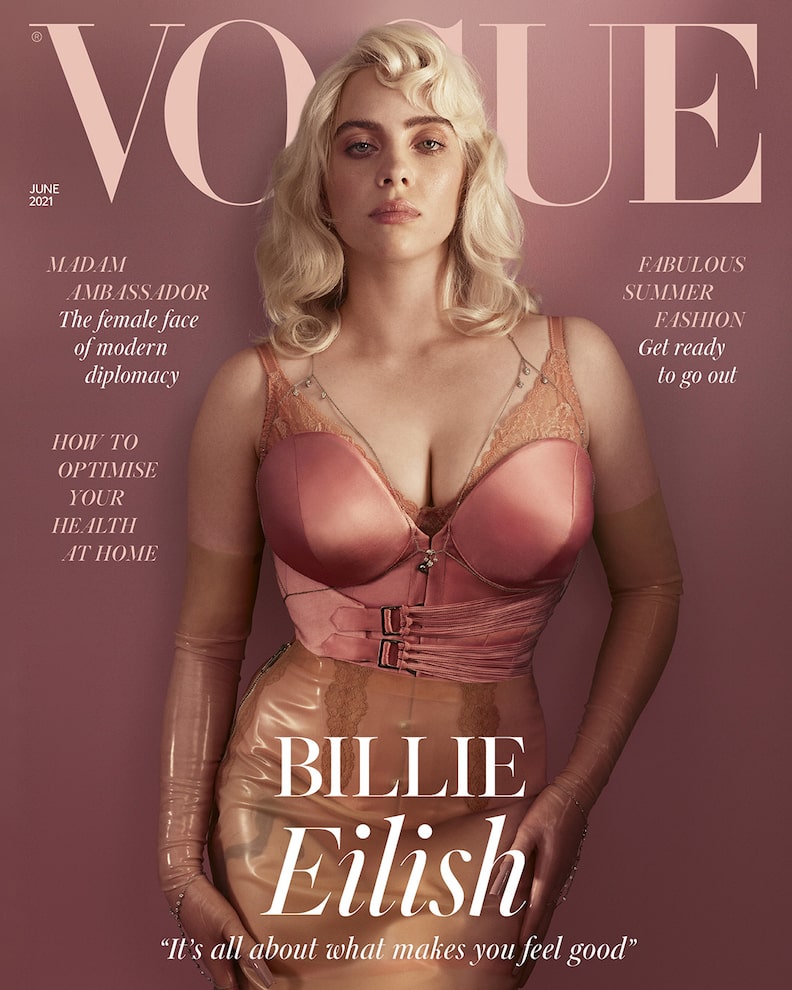 Billie Eilish is making fans do a double take over her new British Vogue cover!

The Grammy winner, known for wearing oversized, baggy clothes, is channeling 1950s pinup models… and it was her idea!

She said of posing for the “classic, old-timey pinup” pics, “I’ve literally never done anything in this realm at all,” giving an exaggerated look of horror before telling the interviewer with a smirk, “Y’know, besides when I’m alone and shit.”

Eilish says it took four dye jobs to get rid of her signature black-and-green hair and transform into a blonde bombshell. What does she think of the new ‘do? “I feel more like a woman, somehow.” 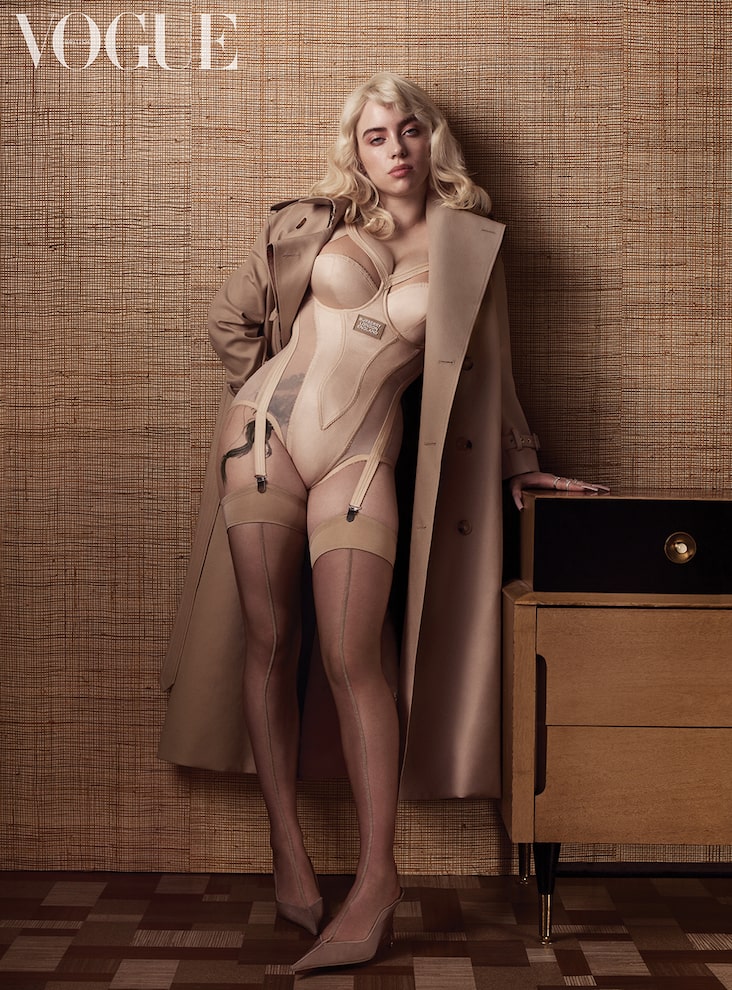 The 19-year-old’s mantra on style is this: “It’s all about what makes you feel good.”

She’s showing her confidence in her music, too. Billie’s new song “Your Power” is all about calling out abusers. Speaking about rampant sexual misconduct, Eilish said, "I don't know one girl or woman who hasn't had a weird experience, or a really bad experience. And men, too — young boys are taken advantage of constantly."

She calls “Your Power” an “open letter to people who take advantage — mostly men."

See the full feature in the June issue of British Vogue, available via digital download and on newsstands on Friday, May 7. 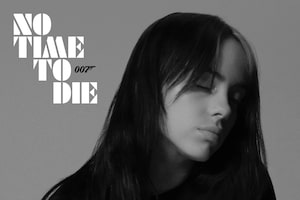 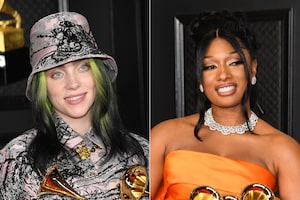 Billie Eilish Wins Record of the Year, but Tells Megan Thee Stallion: ‘You Deserve This’ 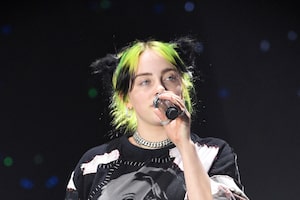