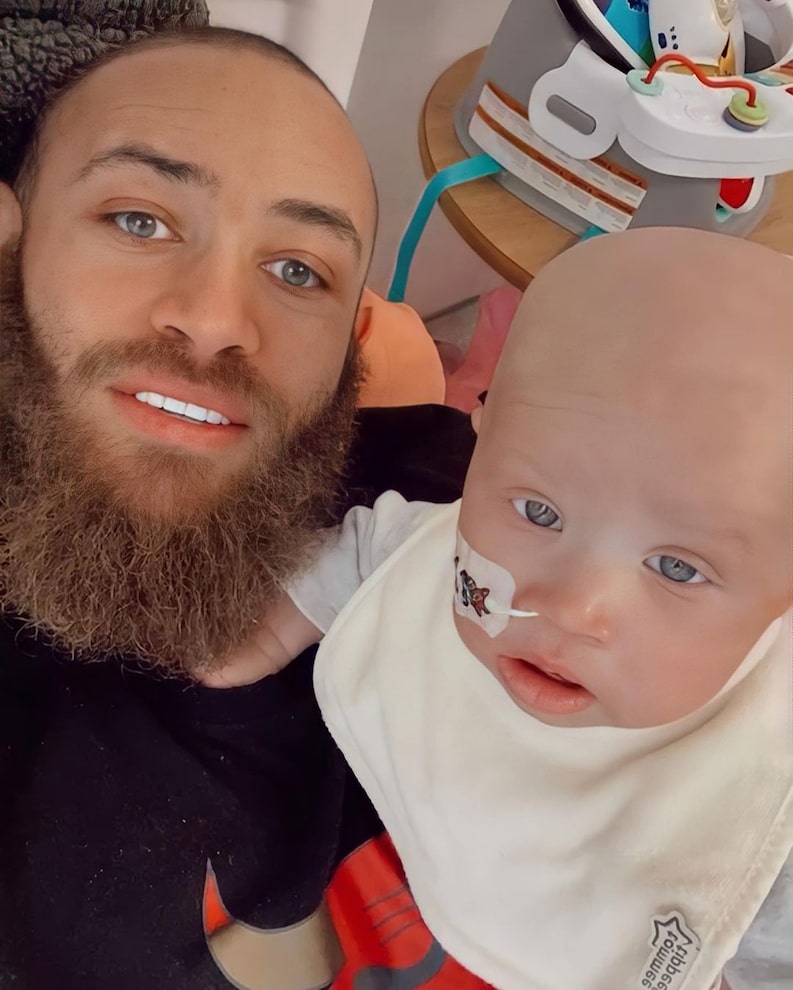 Ashley Cain, who starred on “The Challenge,” shared some very sad news on Instagram Thursday, revealing his 8-month-old baby Azaylia Diamond has only days to live.

Cain confirmed that Azaylia’s leukemia has returned and chemo wasn’t working. In addition, doctors found two large tumors on her brain and more in her organs.

Cain and Azaylia’s mother,, Safiyya Vorajee had been planning to take their daughter to Singapore for CAR T-cell therapy, but those plans are now canceled.

Ashley shared, "Last week, we had the bone marrow test and the lumber puncture and bloods taken to send to Singapore in the hope that they could create a CAR-T therapy to save Azaylia's life. Then, we had to have a CT scan on her head and the results came back the next day, saying that Azaylia's got two very big tumors... on her brain."

The emotional dad said, "And the chemotherapy is not working. Her disease is that aggressive that nothing they are doing... is working."

He continued, "She's had a tough, tough life. From eight weeks old she'd been in hospital having chemotherapy, operations, transplants. And I feel like for the last part of her life, I just want to take her home, see her like a baby and give her the best rest of her life that we can give her."

Vorajee also posted on Instagram, calling it “the saddest news of my life.”

She wrote, "So we will be now returning home with our beautiful baby to give her the best possible time left that we can… I am so proud of my baby girl she has been fighting for so so long, and doesn't deserve this to happen to her!"

Safiyya went on, “there isn't enough words out there to describe the heartache & pain I'm feeling but I'm incredibly honoured to have become a mummy to my precious gir❤️."

Ashley shared another post on Friday with a photo of “Azaylia’s last bath in hospital, before we take her home where she belongs. 🏠❤️😢💔🙏🏾”

He went on, “9 days ago consultants told us my daughter had 1-2 days to live, but thought she may pass that evening. Even with a barbaric disease consuming her blood, tumours in her brain and organs and amounts of pain I cannot imagine... She is still battling through 9 days later, with parts of the day with nothing but smiles despite her discomfort. 💔”

Cain said, “This is a testament of this little girls strength and the fight she has possessed all of the way through. She has fought a battle that not many, if any, of us could have endured and she’s earned the love and respect of many on the way. The truth is though, I hope and pray that I have earned hers! Even through the hardest and saddest time of my life, she has found a way to make it better. She has shined light on the darkest of days and she has opened my heart to amounts of love I couldn’t believe possible! ❤️”

He promised to give her “the best of me,” writing, “You are in my arms, my thoughts, my prayers and my heart everyday my princess. YOU’RE MY HERO! ✊🏾 DADDY LOVES YOU! ❤️”

Ashley first shared his daughter’s diagnosis in October, and revealed in February that her leukemia had returned.