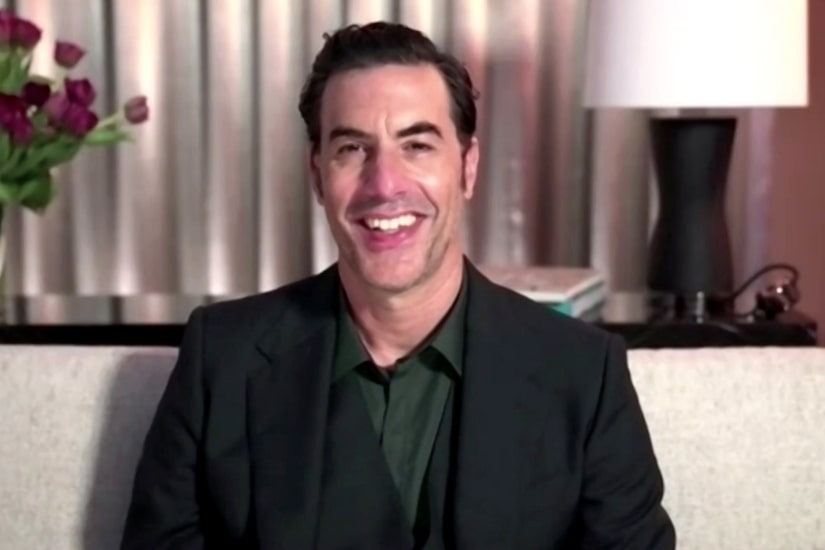 After winning a SAG Award for playing activist Abbie Hoffman in “The Trial of the Chicago 7” and a Golden Globe for his politically charged “Borat” sequel, Sacha Baron Cohen was just named Outstanding Performer of the Year at the Santa Barbara International Film Festival.”

“Extra’s” Rachel Lindsay spoke to Sacha, who said, “I'm not gonna lie. It's very nice… It's nice to get a little trophy.”

Over the past 35 years, SBIFF has become one of the leading film festivals in the world, with the funds raised through the festival directly supporting SBIFF’s yearly free programs that serve over 14,000 people.

There could be more trophies for Sacha, who is also up for two Oscars — an acting nom for “The Trial of the Chicago 7” and a writing nom for “Borat Subsequent Moviefilm.” Is he attending? He said, “Yeah, I am planning on going,” but added, “You want to make sure the awards itself is a safe event.”

When asked why it’s important for him to speak out about social justice, Cohen answered, “I think the lesson of the last year… is that lies can kill. And when leaders lie, people die… Democracies work when we have a shared sense of facts… I got really scared, and that's why I made the ‘Borat’ movie. And that's why I made ‘Chicago 7’ as well.”

Will he make another ‘Borat’ movie? “I don't think so. I filmed a couple scenes where I was advised to wear a bulletproof vest before doing them,” he said. “You're acting and doing a scene and you know there's a possibility you might get shot. You're lucky to get through it — I think it's too risky.”