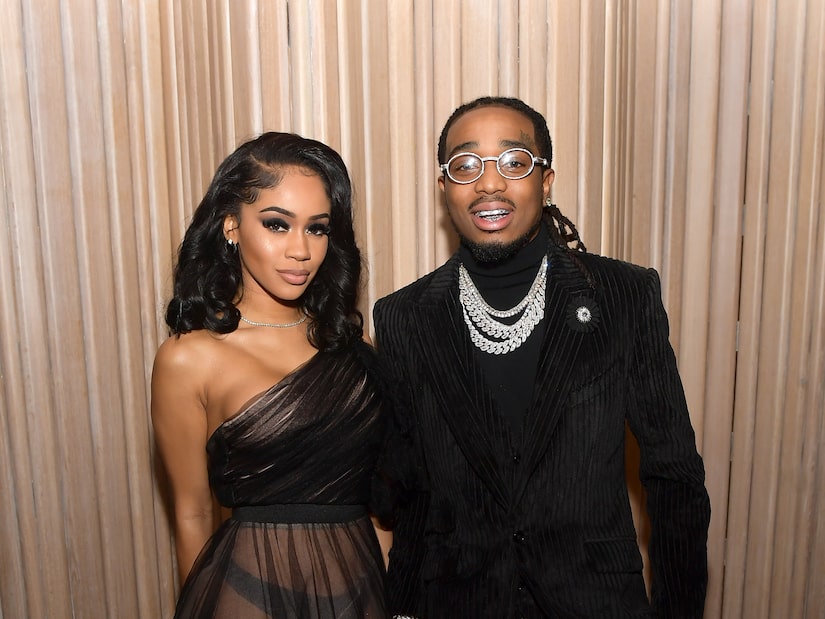 After days of split rumors, rappers Saweetie and Quavo have called it quits after more than two years of dating!

Saweetie appeared to hint that alleged infidelity had played a part in the breakup. She said, “I’ve endured too much betrayal and hurt behind the scenes for a false narrative to be circulating that degrades my character. Presents don’t band aid scars and the love isn’t real when the intimacy is given to other women.”

In another tweet, Saweetie added, “I emotionally checked out a long time ago and have walked away with a deep sense of peace and freedom. Excited for this new chapter of elevation.”

Quavo has not publicly commented.

Split rumors started swirling after fans noticed Saweetie and Quavo were no longer following each other on Instagram.

A month ago, Quavo showed his love for Saweetie on Valentine’s Day. Along with posting a pic, he wrote, “Dedicated The Night To You! ❤️.”

Last year, Quavo revealed that he made the first move by sending her a snowflake emoji, referring to the song “ICY GIRL.”

HOW I PULLED UP: HOW WE COMING 😂 pic.twitter.com/hIYyicrfIj

Saweetie responded to the direct message with a noodles emoji, referring to his Migos hit song “Stir Fry.”

Apparently, Saweetie caught Quavo’s eye before the Instagram DM. he told GQ, “I seen her on my Explore page. I was like, 'Damn! Who is this?' So I did my research and I DM her. I was like, 'How she going to call herself icy and she don't talk to me?' So I slid in her DM, [and] I told her, 'You an icy girl, you need a glacier boy.'"

In an interview with People from January, Saweetie admitted, “I liked him before he even knew me. He was my only celebrity crush. I always thought he was fine. I liked his voice. I thought he was sexy."