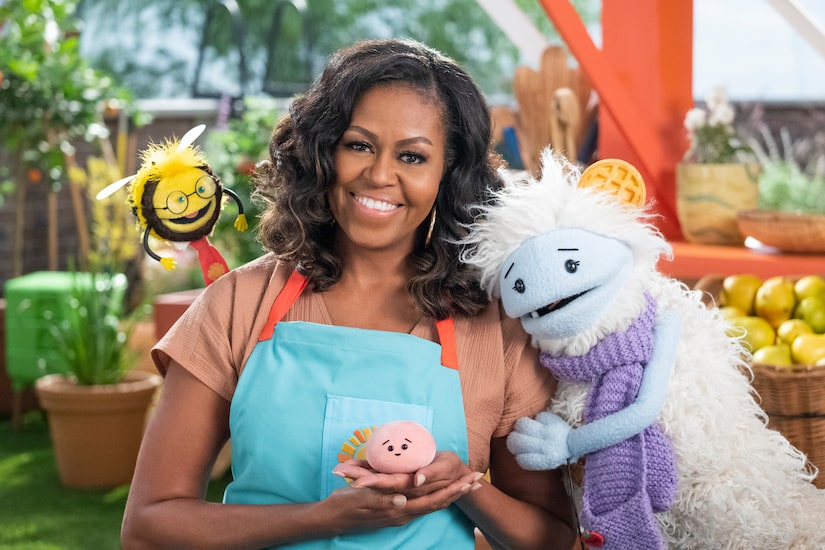 “Extra’s” Nate Burleson and his daughter Mia caught up with Obama to talk about her Netflix show, “Waffles + Mochi.”

The new star-packed series is part of the Obamas’ producing deal with the streaming network. On the show, puppets Waffles and Mochi dream of becoming chefs and travel the world to learn about food. Michelle said of playing herself, “This is as good as it gets, right?”

The show has a good message, encouraging kids to eat healthy. Mia admitted, “I myself am a pretty picky eater.” She asked, “Were Sasha and Malia picky eaters when they were little also?”

Michelle replied, “I think all kids, it takes time for their taste buds to develop… So the key for my kids was to just try. I would say, ‘Just give it a try. You may not like it now, but it will help prepare you for new and exciting flavor…’ So my message to you, Mia, is just give it a try.”

Nate asked, “At home, who is the better cook — you or the President?” She said, “Well, neither of us do much cooking now, but when we were in our cooking phase, I did all of the day-to-day cooking. I would say I was the best, but he had his special meals, though. He could make a mean chili, and stir-fry.”

Mia asked, “What do you hope kids learn from watching ‘Waffles + Mochi’?”

Michelle said, “To try new things, not to be afraid to try different foods and that goes to not just food but everything.”

Nate recalled how the former first lady had opened up recently about her own mental health and struggle with low-grade depression during COVID-19 and everything else that came with 2020.

She told him, “Things always get better, and that’s what hope is about… These times are getting more young people down, and I want them to stay encouraged and know that life is long and this, too, shall pass.”

We couldn’t let the interview pass without congratulating her on being inducted into the National Women’s Hall of Fame! She said, “It’s an absolute honor. It’s not anything I would have expected, but I want to continue to live up to the honor, to do the work, to have an impact, and to serve as a role model to wonderful young people like that young, beautiful daughter sitting next to you.” 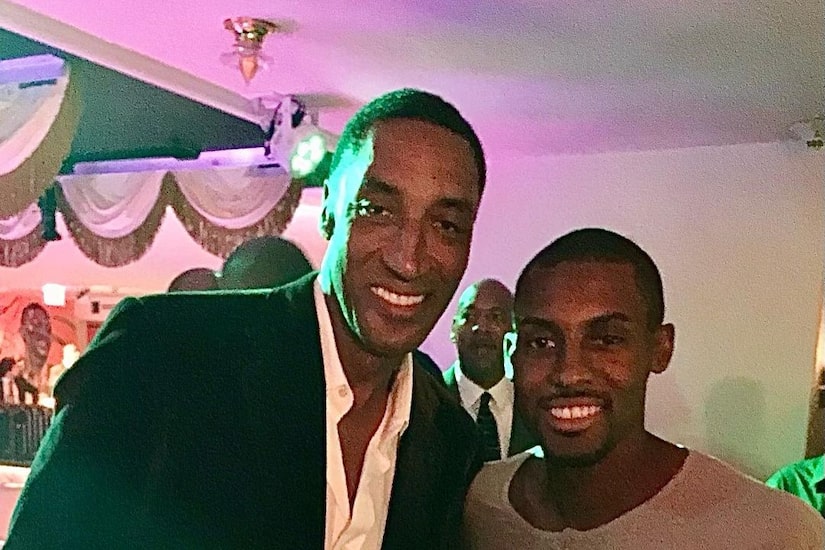