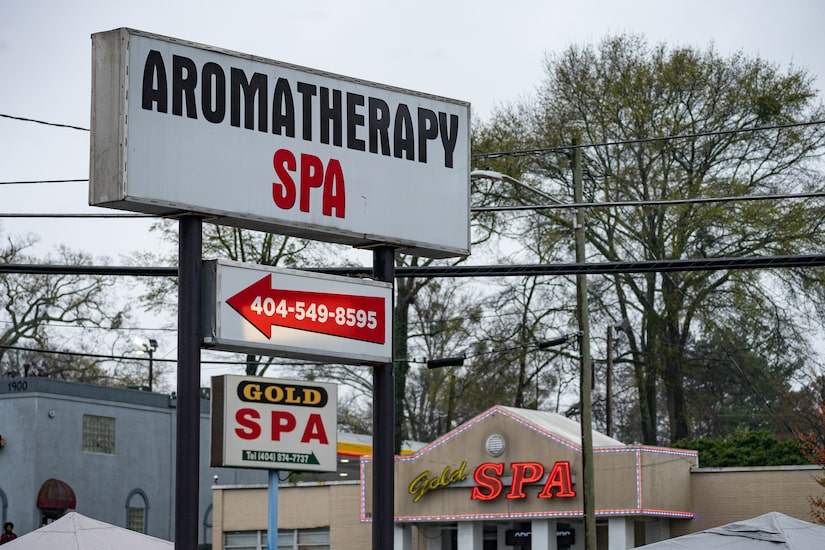 On Tuesday, eight people were murdered in three separate spa shootings in the Atlanta area.

Aaron Long, 21, was arrested as a suspect in the shootings, which took place from the afternoon until the early evening.

Six of the victims were Asian women, prompting many big names in Hollywood to promote #StopAsianHate on social media.

Since the COVID-19 pandemic hit the nation, hate crimes against Asian Americans have risen nearly 150%, according to multiple reports.

Olivia Munn tweeted, “The violent attacks and murders against Asians are still happening. Please help us. We need help to be safe in our country. #StopAsianHate. Please.”

Daniel Dae Kim reweeted a video that he made for NowThis, in which he explained ways to help the Asian community amid all these crimes. He said, “There’s something in the American psyche, there’s something in the psyche of people that somehow makes it okay for us to attack and verbally abuse Asian Americans, and especially the most vulnerable of us.”

He tweeted, “This video from @nowthisnews first appeared a few weeks ago, but applies all too directly to yesterday’s events in #Atlanta #StopAsianHate.”

Jamie Chung tweeted, “A scapegoat for a global pandemic. Historically Asian immigrants have been the scapegoat for others misfortunes. This ends now. It starts by calling it what it is. MEDIA YOU NEED TO DO BETTER, CALL IT WHAT IT IS, DOMESTIC TERRORISM HATE CRIMES AGAINST ASIANS.”

what happened yesterday in Atlanta was brutal, tragic & is certainly not an isolated incident by any means. AAPI hate has been rampantly perpetuated & it’s disgusting! I’m heartbroken for the Asian community & my heart is with the loved ones of those we lost. The hate must stop. pic.twitter.com/rkxZDnxG9E

The targeting of our Asian brothers and sisters is sickening, but not surprising given the normalizing of anti-Asian hate speech in the past year. We have to #StopAsianHate, enough is enough!

Heartbroken after reading what happened tonight. We MUST stop this. Stop the hate. It’s happening right in front of our eyes and on OUR watch. #StopAsianHate

The best thing you can do today is to speak out against violence toward Asians in this country, especially if you yourself are not Asian. Thank you to all who use their platform to spread support and love.

My heart breaks for the Asian community. Sending prayers to all affected by yesterday’s tragedy. #StopAsianHate 🙏🏽 pic.twitter.com/KfUvtqmgTp

I stand in solidarity with the Asian community. Yesterday, eight people, including six Asian women, were shot dead in a shooting spree in my home-state of Georgia. Enough is enough. We need to start holding people accountable NOW to end racism and violence. #StopAsianHate

If you have something that supports the Asian community that you would like to amplify, please send a twote here. #StopAsianHate

Just a few days ago, President Biden condemned anti-Asian attacks that have happened across the country. During his primetime address, he said, “Too often, we've turned against one another," he said. "A mask — the easiest thing to do to save lives — sometimes it divides us. States pitted against one another instead of working with each other. Vicious hate crimes against Asian-Americans, who have been attacked, harassed, blamed, and scapegoated.”

“At this very moment, so many of them, our fellow Americans, they're on the front lines of this pandemic trying to save lives," Biden stressed. "And still — still — they are forced to live in fear for their lives just walking down streets in America. It's wrong, it's un-American, and it must stop."