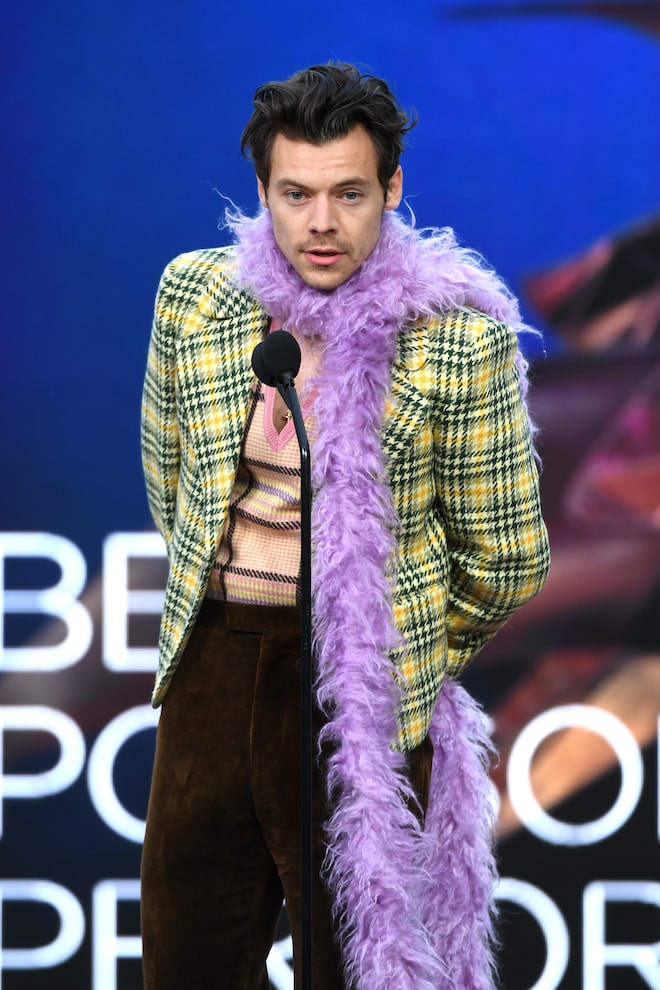 Harry Styles won his first Grammy tonight, but was bleeped in his acceptance speech!

First, he put on a striking performance of "Watermelon Sugar." Then, he nabbed the Grammy for Best Pop Solo Performance for the song. 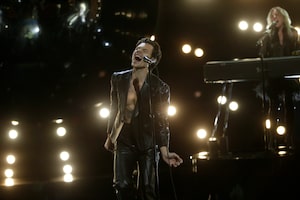 So what happened with his speech?

Styles began his acceptance speech looking chic in a yellow tweed jacket and a purple boa, saying, "Wow. To everyone who made this record with me, thank you so much. This was the first song we wrote after… my first album came out, during a day off in Nashville, and I just want to say thanks to Tom, Tyler and Mitch and everyone, Rob Stringer, and everyone at Columbia."

He humbly added, “My manager Jeffrey [Azoff], who has always nudged me to be better and never pushed me and thank you so much. And I feel very grateful to be here. Thank you.” 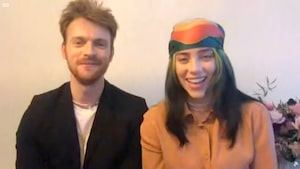 Styles then started to mention the other nominees in his category when he was bleeped for saying, “All of these songs are f---ing massive, so thank you so much. I feel very honored to be among all of you.”

Styles beat out Justin Bieber, Doja Cat, Billie Eilish, Dua Lipa and his ex,Taylor Swift, who was seen standing up and clapping for him.

Harry is currently linked to Olivia Wilde, who he met while filming their upcoming movie "Don't Worry Darling,” which she's also directing. 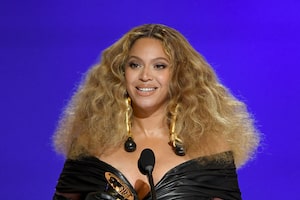 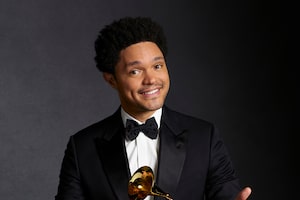