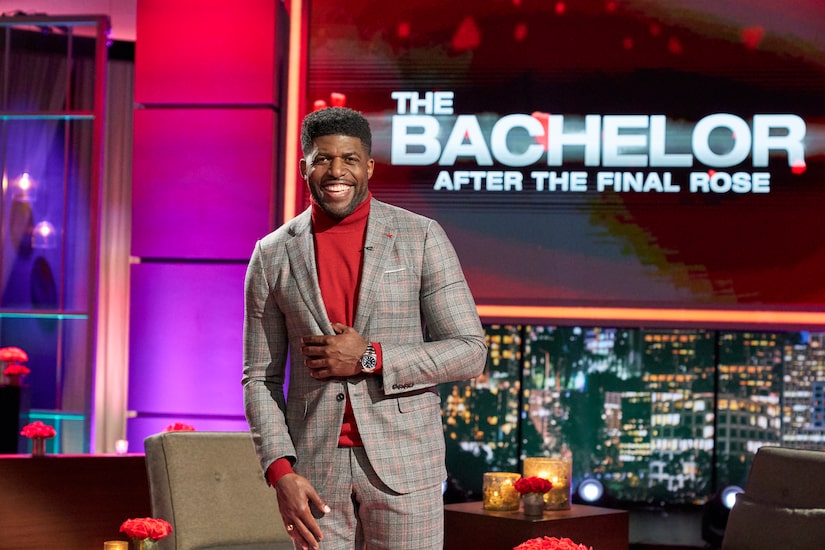 Emmanuel Acho, an author, former NFL player, and host of the wildly popular and timely “Uncomfortable Conversations with a Black Man,” is stepping in the night of “The Bachelor” finale to host the “After the Final Rose” special.

Emmanuel opened up to “Extra’s” Rachel Lindsay about filling in for Chris Harrison, who temporarily stepped aside.

Rachel asked, “Are you glad you said yes?” Acho replied, “Absolutely... I never in a million years thought that my book on racial reconciliation would lead me to one of the most storied shows and one of the most volatile moments of this franchise and that I would be the man for this moment.”

Emmanuel revealed he has been having conversations with Harrison, saying, “Chris and I have spoken at length over the last two weeks. Very helpful, very good conversations. Before I was even named host of ‘After the Final Rose,’ and we’ve just had positive dialogue.”

Rachel asked, “What does Chris Harrison need to do to really show that he has really learned from his mistake?”

Acho explained, “First thing is people need to give him the opportunity, the grace, and the time to do the work. And then they need to receive the work he does.”

Rachel continued, “What is the main thing you wanted to get across?”

He said, “Number one is to reconcile. There is so much tension between the photos that have surfaced around Rachael Kirkconnell that’s like, wait a second… Let’s try to seek understanding first before we seek tension. And then number two is adequately tell these love stories. Matt [James] is on a journey, and instead everything to a degree [is] overshadowed by him being the first Black Bachelor… So let me honor Matt and his journey of love, especially as it comes down to these final couple of women.” 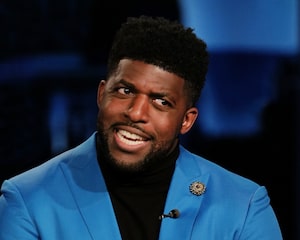 Rachel wondered, “If Matt does pick Rachael, do you think there will be a lot of pressure on him to break up with her?”

Emmanuel said, “Matt’s in a tough position… If you are Black with someone who is racially insensitive, you don’t have the same luxury to continue to endure that relationship without pushback from society… Is it worth fighting for? And that’s what Matt has to figure out.”

He added, “So I’ll leave it at that. But we had conversations that I don’t think have ever been seen or had on linear television… America will be gripping the edge of their seats as they watch this dialogue that they’ve likely never seen before.” 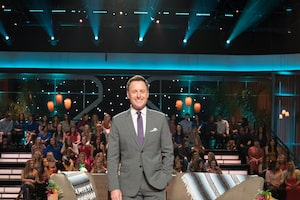 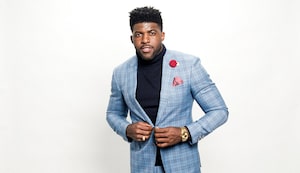 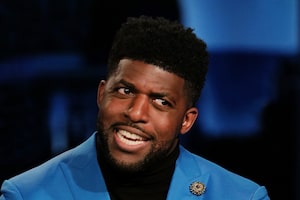