Catherine Zeta-Jones and Michael Douglas brought plenty of star power to the Golden Globes, and now Catherine is bringing her Oscar-winning acting game to the new season of “Prodigal Son.”

“Extra’s” Cheslie Kryst caught up with Zeta-Jones to talk about the role and life at home during the pandemic.

Catherine revealed that her kids are at home, saying, “It gave me solace to have my babes, my man, my team in here, safe.”

The entire Douglas family is also having fun with a new addition — her stepson Cameron’s baby boy. “His name is Ryder Douglas. He came out kicking. When the news isn’t necessarily uplifting in any sense, to have a newborn baby was just a joy, a real joy,” she said.

Chatting about playing Dr. Vivian Capshaw, the resident M.D. at a psychiatric institute in “Prodigal Son,” she said, “It is great to get back to work. There’s a past with these two doctors in the bowels of the Claremont Psychiatric Facility. Things start to unravel. It’s fun.”

Also fun is the launch of her new ready-to-wear Spring collection from her Casa Zeta-Jones clothing line. “It was such a passion project,” she said, explaining it was created “thinking of the woman that needs great pieces to go with her favorites she has at home… great mix-and-match pieces that can take you from day to night.”

Her new collection is out now. 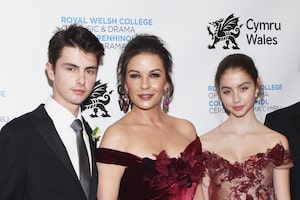 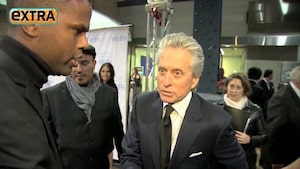 Michael Douglas and Catherine Zeta-Jones on Their Date Night 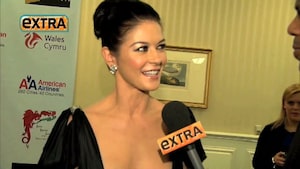