“Wonder Woman” star Gal Gadot has another baby on the way!

Along with posting a pic of her family cradling her baby bump, Gal wrote on Instagram, “Here we go again ❤✋🏻🧿.”

On Sunday, Gal showed no signs of her pregnancy while attending the Golden Globes, where she presented the Best Picture - Foreign Language award.

For her look for the evening, Gal wore a flowy white Givenchy dress and Tiffany & Co. jewelry. 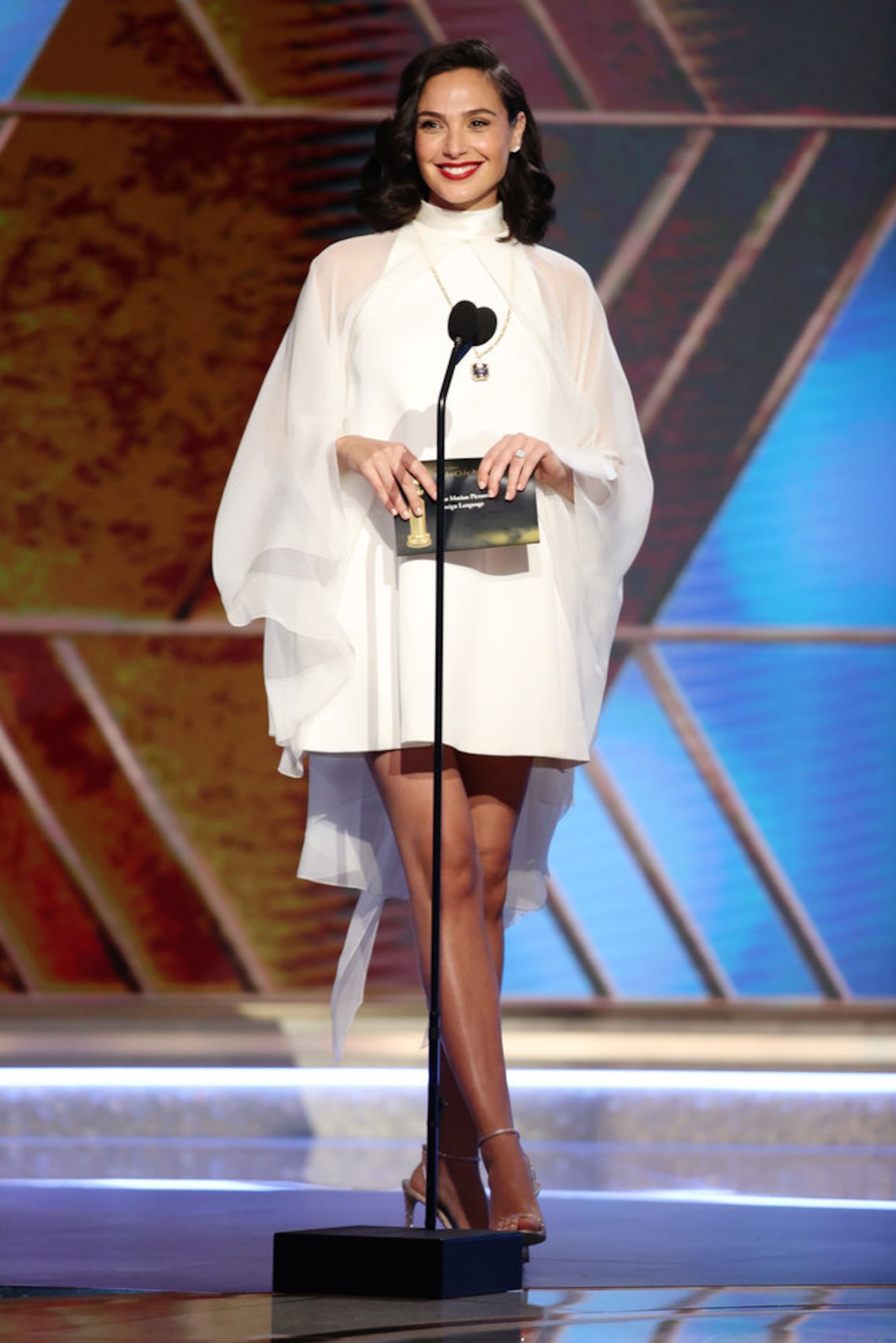 Gal and Jaron are already parents to daughters Maya, 3, and Alma, 9.

Gal recently opened up about her second pregnancy, telling Baby Magazine UK, "I didn’t tell anyone because you just don’t broadcast it in the beginning. But it became more apparent when I had such bad sickness, not just  morning, but afternoon and evening too. I felt terrible. I was literally  on set, shooting a scene and in my head the whole time I’m saying,  ‘don’t vomit, don’t vomit. Just keep it in, please don’t vomit.’ How I  didn’t throw up on the guys is a miracle, I was waiting for it to  happen.”

Gal and Yaron had plans to grow their family at the same time she made it big in Hollywood with "Wonder Woman." She said, "These things aren’t always so easy to schedule but it worked, in the sense I wasn’t too pregnant for 'Justice League' nor too far gone to promote 'Wonder Woman.' There’s never the perfect time – I think every woman, every couple knows that; but you can try to make things a little easier.”

While she admitted that she was "very nervous" when she became a mom at 26, Gal explained how different it was the second time around. She shared, "With Maya, I’m able to enjoy it all much more. I’ve also seen that  having a second child changes the dynamics of your family, and I have to  make sure that Alma still gets a lot of love and attention from me even  though I’m spending so much time with Maya. But Alma is curious, and  she loves her little sister. It’s a beautiful time for our family."

As for her husband of 13 years, she gushed, "He’s the best. I love every moment I spend with him and my daughters. He  is also a very successful businessman and is very involved in that. But  even though we are both busy with our work, family life comes first. I  am a very, very happy woman who can hardly wait to come home to my  family every time I finish work on a film.”