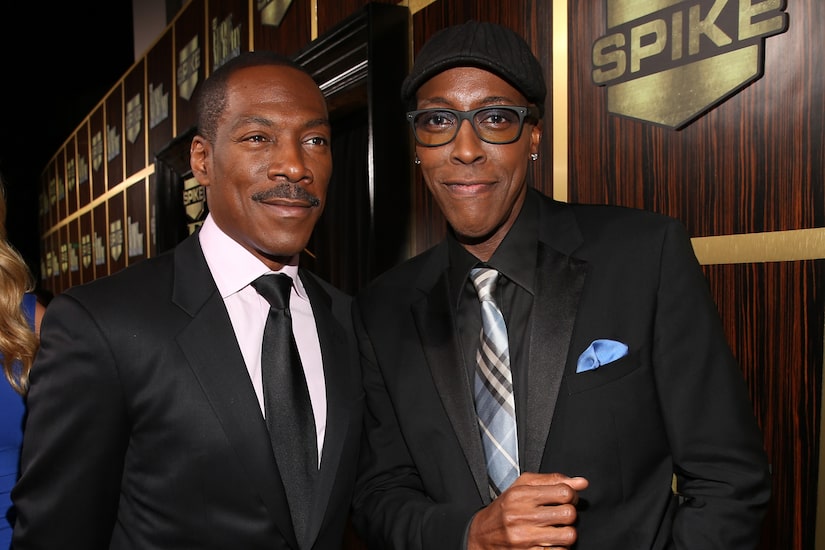 The comedy kings are back! Eddie Murphy and Arsenio Hall are together again in the highly anticipated “Coming 2 America.”

“Extra’s” Nate Burleson spoke with Eddie and Arsenio about reuniting for the sequel to their beloved 1988 movie “Coming to America.” As for what took him so long, Eddie shared, “We never planned on making a sequel to the movie… but the movie stayed around… It has, like, a cult following… And then, maybe around six, five years ago, I got an idea. Then it took four years for it to come together.”

It may be more than 30 years since the first movie came out, but from the looks of the actors, it’s like time has stood still. When Nate asked how they manage to still look the same, Arsenio answered, “We had a great crew putting us together. I rolled out of bed in the morning and they shaved me and turned me into somebody else.”

The duo also admitted they were feeling the pressure for the sequel. Arsenio explained, “Fans rolled up on you in the mall or on Twitter… ‘Don't you f**k up our movie! Don't mess it up!’ You have to go into it with all that in your head.”

Movie aside, more big news is that Eddie is planning on hitting the road again with a massive, star-packed stand-up comedy tour. He dished, “When it's safe, I'm gonna do stand-up. I wanna do a tour with all the comics. There's so many comedians in ‘Coming 2 America.’ You got myself, Arsenio, Tracy Morgan, Leslie Jones… In 2022 … in a town near you!”

In the meantime, the crowning moment for “Coming 2 America” arrives when the movie streams on Amazon Prime March 5.