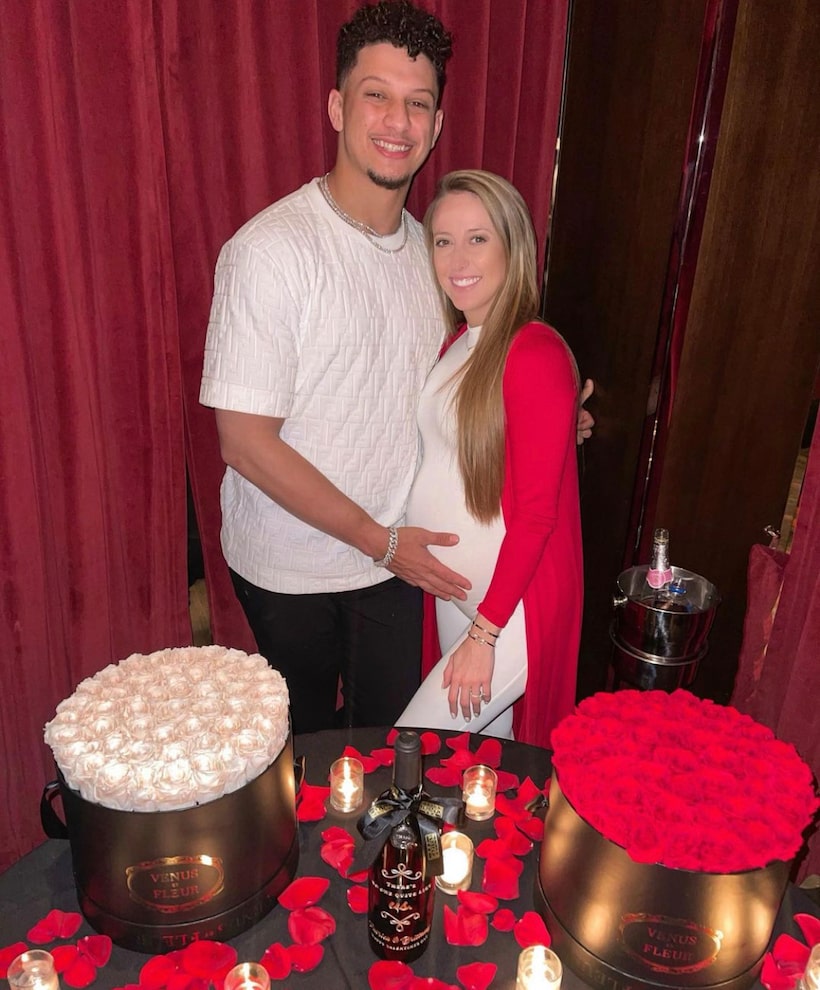 It's a girl for longtime sweethearts — and first-time parents — Patrick Mahomes and Brittany Matthews!

The Kansas City Chiefs star and his former soccer player fiancée, both 25, announced they welcomed their daughter on Saturday, naming her Sterling Skye.

Dating since their days as classmates at Whitehouse High School in Texas, the couple announced their engagement in September 2020 after he signed a $503-million contract with the Chiefs, and immediately following the team's Super Bowl ring ceremony at Arrowhead Stadium.

After Mahomes accepted his Super Bowl ring, he got down on one knee with a massive diamond ring at the club-level suites, which was all decked out with flowers and marquee letters that read, “Will you marry me.”

They told the world they were expecting shortly thereafter.

The couple's new arrival is big news, but nobody is happier than Mahomes' brother Jackson, who wrote, "I'm so happy for you guys and can't wait for all the adventures and happy times." He wrote that his big brother would "be the best dad!" and predicted Matthews would be "the best mom!"

Jackson ended his Instagram Story with the awww!-inspiring message, "Love you 3." 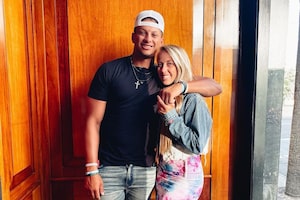