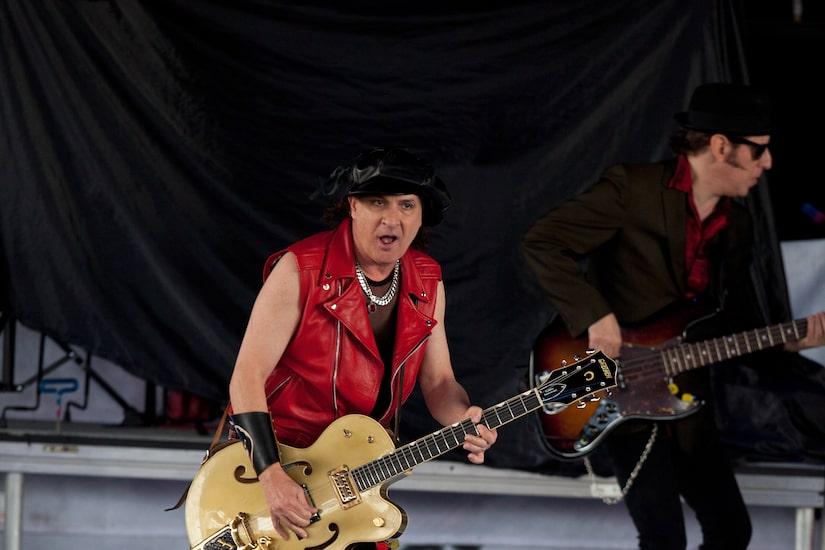 On Thursday, Sylvain’s wife Wanda O’Kelley Mizrahi broke the sad news of his passing on Facebook.

She wrote, “As most of you know, Sylvain battled cancer for the past two and 1/2 years. Though he fought it valiantly, yesterday he passed away from this disease. While we grieve his loss, we know that he is finally at peace and out of pain. Please crank up his music, light a candle, say a prayer and let’s send this beautiful doll on his way.”

The post also included a letter from Lenny Kaye, who reflected on their meeting at the Bowery Electric "a few years ago." Kaye shared, "His  corkscrew curls, tireless bounce, exulting in living his dream, asking  the crowd to sing along, and so we will. His twin names, mirrored,  becomes us."

Kaye added, "Thank you Sylvain x 2, for your heart, belief, and the way you whacked that E chord."

According to Rolling Stone, Sylvain will be laid to rest in New York.

While he is most famous as the guitarist for the New York Dolls, he also played piano on the band’s albums  “New York Dolls” and “Too Much Too Soon.”

Reflecting on their success, Sylvain told The Quietus two years ago, “It took us forever to get a record deal, to get into the business. But our songs were hits. The kids knew ‘Personality Crisis,’ they knew ‘Trash,’ they knew all those songs way before we even released them. They made us superstars.”