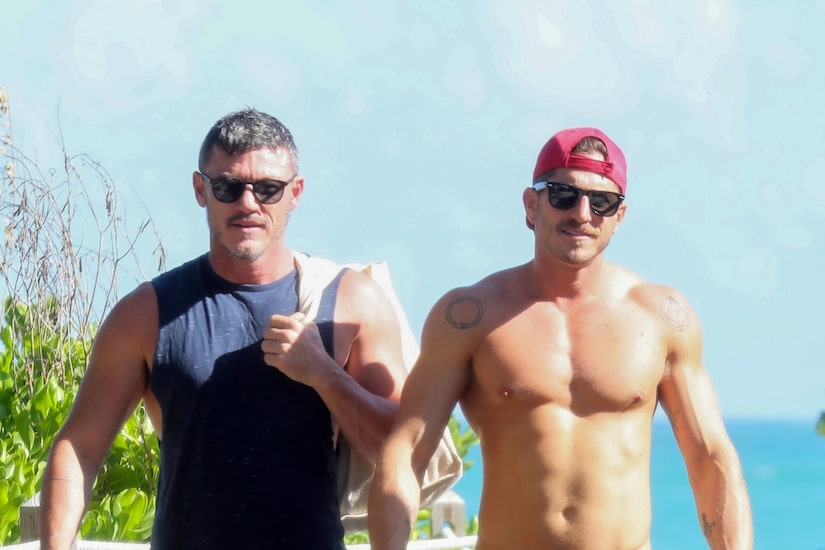 Months ago, they sparked breakup rumors after they unfollowed each other on Instagram, but appeared to have reconciled when they started following each other again.

Over the weekend, Luke confirmed the split, telling The Times’ Saturday Review, “It is what it is.”

They have now scrubbed each other from their respective Instagrams.

In October, JustJared.com reported the two spent the first few months of lockdown together in Florida. Over the summer, they went to England and Spain before flying to Australia, where Luke was filming his limited series “Nine Perfect Strangers.”

Luke and Rafael started dating in the summer of 2019 and made their relationship Instagram official last February.

Though Luke is single, he expressed his desire to have kids. He told the outlet, “I thought about it many times and as I get older I'm thinking maybe I should get on and do it. I don't want to be an old dad… but I would like to be a dad.”

He pointed out, “There's a lot of satisfaction to passing on your experiences and rearing a strong, open-minded, kind, respectful human being who can go out in the world and do something good.”