On Tuesday, The Weeknd dropped the new music video for his song “Save Your Tears.”

The Weeknd has everyone talking, since he looks completely different than we’re used to seeing him. In the video, he appears to be wearing prosthetics to make it look like he’s had Botox and fillers.

The Weeknd is singing to an audience who wear masquerade masks. Then, in the middle of the video, he appears onstage and throws a trophy away. Could he be dissing the Grammys for his lack of nominations?

After the music video was released, The Weeknd posted a close-up of himself in full makeup. He wrote on Instagram, “Hello Ken, where's Barbie.”

Last month, The Weeknd shared a pic of himself in front of a Christmas tree.

The Weeknd has been known for his head-turning looks. At the American Music Awards in late November, he sported bandages on his face the entire night, including his performance and acceptance speeches. 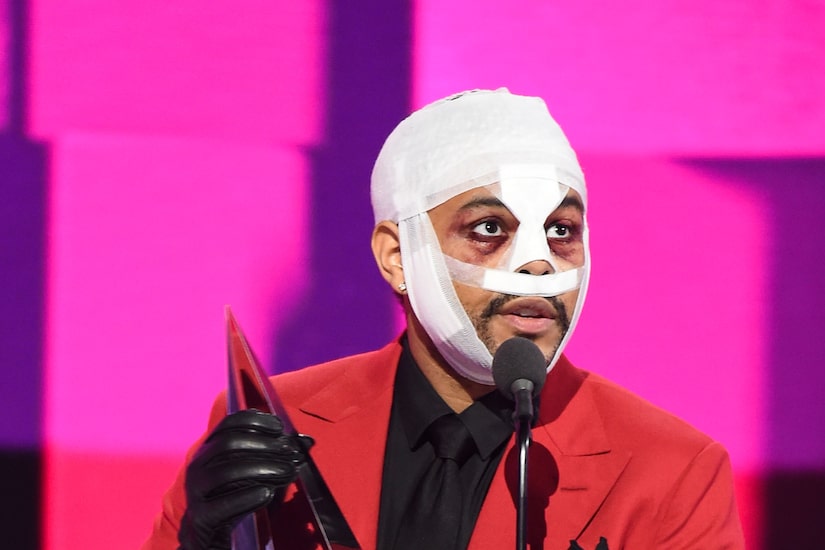