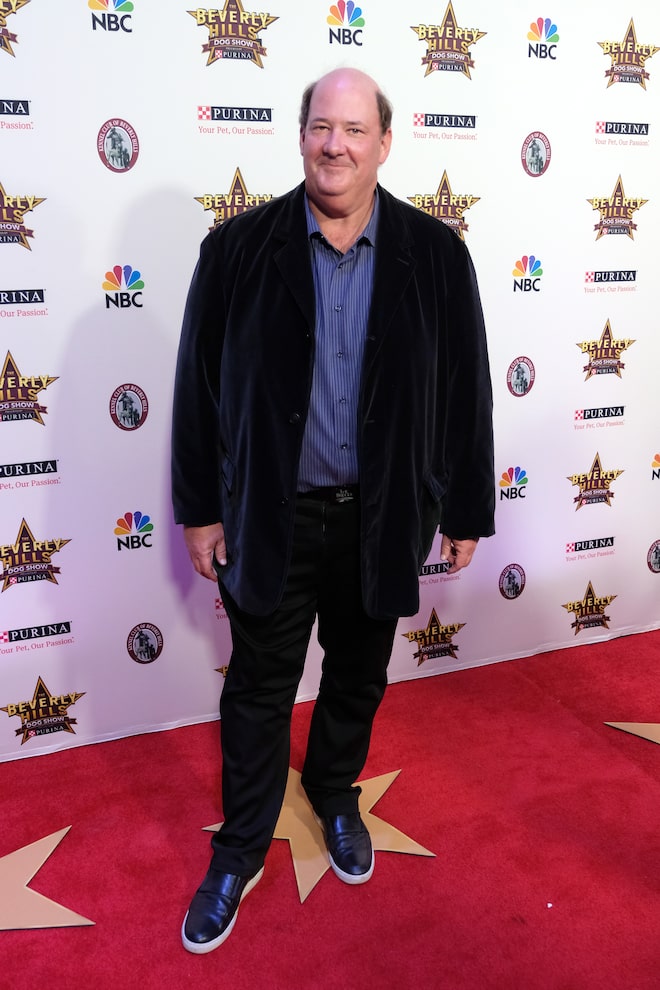 Actor Brian Baumgartner is bringing in the bank in 2020! The actor, who played lovable accountant Kevin on “The Office,” has been raking it in on Cameo by creating unique content for his fans during this challenging year. He has also expanded into other areas of entertainment, like launching a podcast.

Brian tells “Extra,” “I’ve been lucky that during the pandemic I decided to get into some other forms of entertainment. We just launched a podcast exclusively on Spotify called “An Oral History of The Office.” It was myself going back and talking to all my old friends about the show. And us telling the story of ‘The Office’ and how we struggled mightily during the first two years. Really giving people, especially who’ve come to the show late on Netflix, a perspective on what was happening or how it changed over time and then really looking at how the show has become this cultural phenomenon now and me wondering why that is. So I went back to Scranton and talked to everybody from the show. It was a lot of fun and I’m tremendously proud of that.”

With the holiday season underway, he still can’t come to terms with the Elf on the Shelf phenomenon.

Baumgartner told us, “Elf on a Shelf? There is a stuffed animal watching you. I think there is something inherently one, creepy and two, unbelievable. I feel like we are dumbing down our children. And there is Mensch on a Bench. I can be universal with this. This is a tradition I do not understand.”

Always on his fun list are games, which he says we can still enjoy safely with friends during the holidays.

He explains, “Look, I don’t work in an office so much anymore anyway. So I won’t really have a holiday party that I’m missing. But what I’m excited about doing is interacting with people over the holidays... actually seeing potentially more people over the holiday season than I would during a regular holiday season, as I mentioned before. I’m excited about trying the virtual experiences from Main Event—they’ve got four major games. They’ve got trivia [and] escape rooms. I’m a trivia guy, so that I feel like I can be in charge of.”

Brian added, “Escape rooms? I would never get out! Let me be clear. So, I think teaming up with people and have someone else deal with the escape rooms. I’ll deal with the trivia. But more than any of that, just having an activity to play and banter with. I’m a competitive guy. I think having something to do while we are hanging out, drinking eggnog, and standing under the mistletoe… I think it’s going to be really fun. Ultimately, I may actually spend more time with people this holiday season than I normally do.”