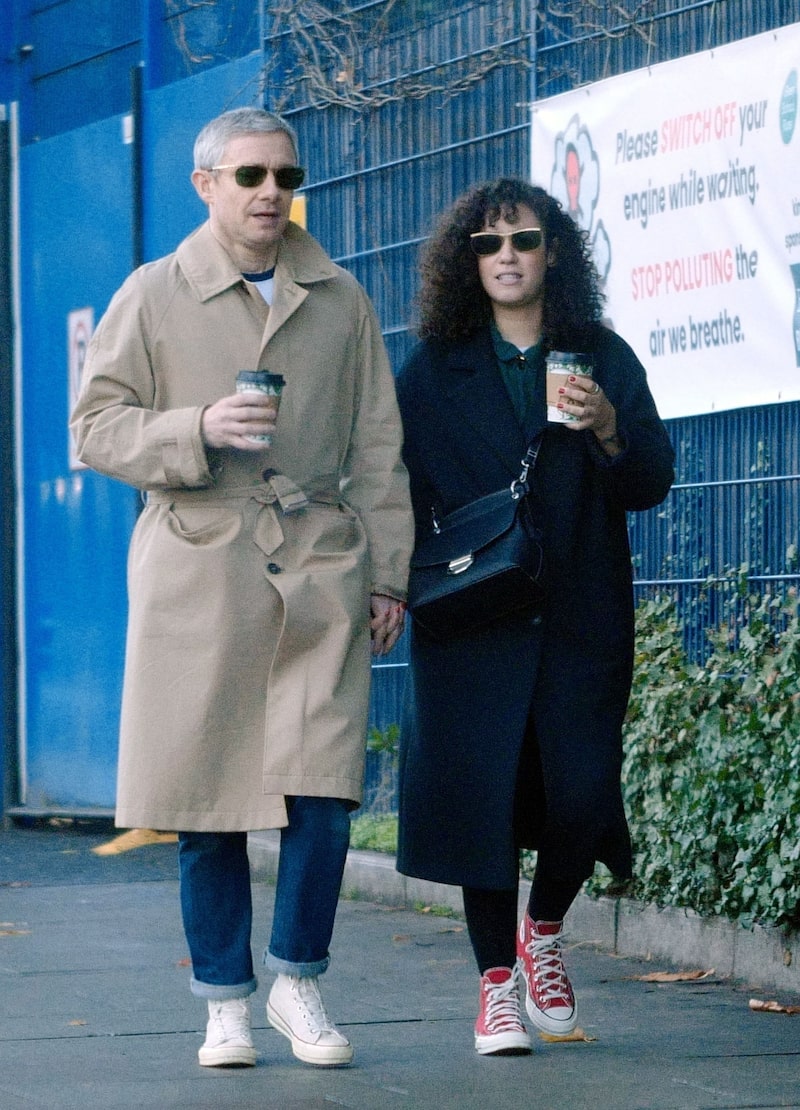 Four years after calling it quits with Amanda Abbington, actor Martin Freeman has moved on!

It looks like Martin, 49, is dating French actress Rachel Mariam, 28. Last week, the two were seen holding hands while enjoying a cup of coffee in London.

A source told The Sun UK, “It’s still early days, but they are getting on really well. They have spent quite a bit of time together at his home in North London because of COVID, but Rachel was able to meet some of his friends before lockdown.”

“They both love the same films, and Martin supports her acting and writing career,” the insider added.

Along with nabbing a small part in “Normal People,” Martin is also an “anxious” writer, according to her Instagram.

Martin and Rachel were first spotted together in June.

Earlier this month, Rachel made it Instagram official with Martin. Along with posting a pic from their date night at a private screening of  the documentary “Long Hot Summers.”

Last year, Martin opened up about his amicable relationship with Amanda, the mother of his two children. He said, “I always knew that people who split up can be civil and do it for the kids… I didn’t only want to be civil for the children, I wanted to be civil for us, because when you’ve loved someone for that long and they have been such an integral part of your life, what — that is supposed to not count now?”

Martin and Amanda were together for 16 years before going their separate ways in 2016.