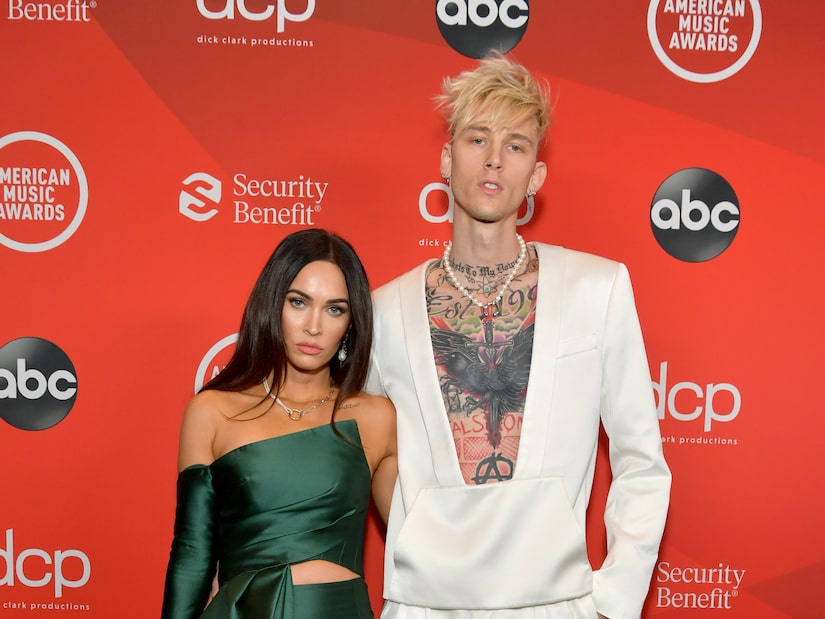 Megan, 34, and MGK, 30, looked every inch a power couple, with Megan in asymmetrical emerald green and MGK in a futuristic white suit that bared his heavily tatted chest.

The two met shooting their movie "Midnight in the Switchgrass," and rumors about their romance have swirled since earlier this year.

In May, Megan's estranged husband, Brian Austin Green confirmed they had parted ways. He is the father of their sons Noah, 8, Bodhi, 6, and Journey, 4. 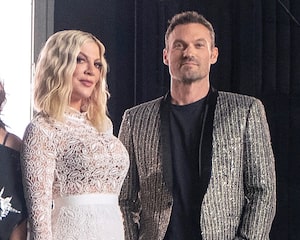 Tori Spelling Doubles Down on Support for Brian Austin Green, While Talking ‘9021OMG’ with Jennie Garth

A source told People last month that the two are "in a committed relationship, and it's not just a fling."

At that time, MGK had just been introduced to Megan's kids.