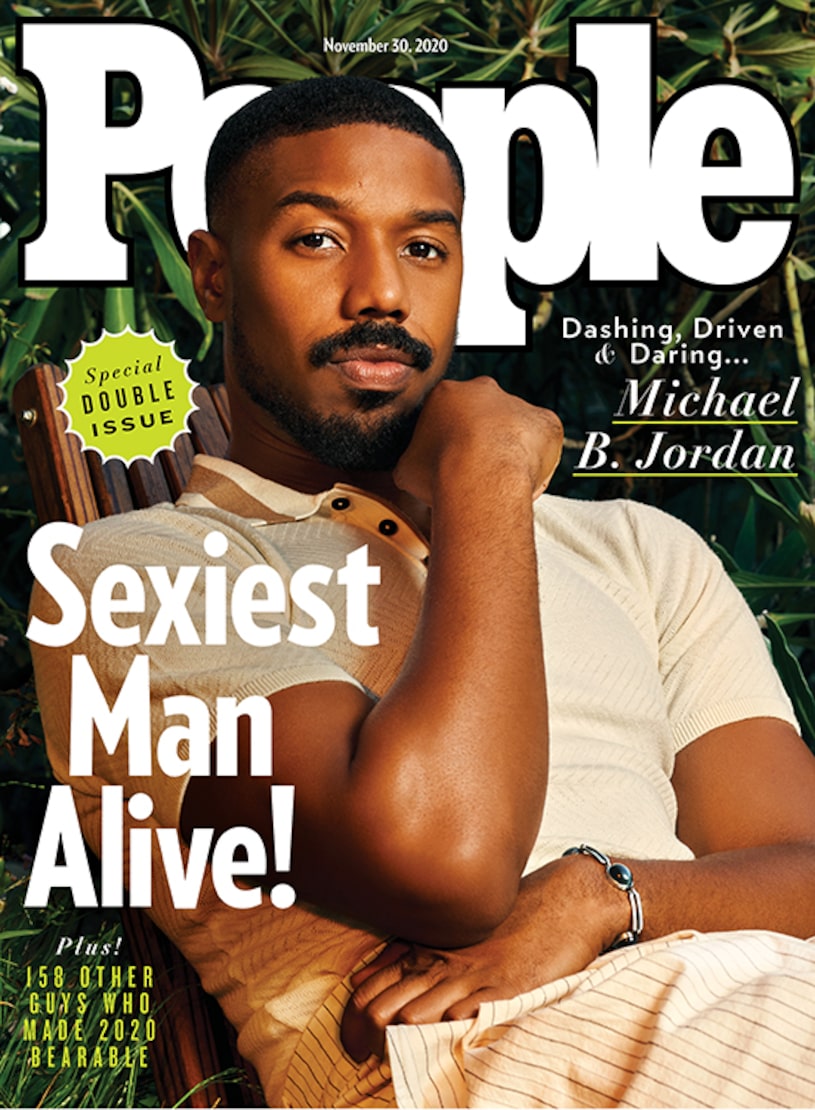 Michael B. Jordan, 33, has been named People’s Sexiest Man Alive!

Jordan told People magazine, “It's a cool feeling. You know, everybody always made that joke, like, ‘Mike, this is the one thing you’re probably not going to get.' But it’s a good club to be a part of."

Michael joins an elite list of 34 other men who have been awarded the coveted title since 1985, including recent honorees John Legend, David Beckham, Chris Hemsworth, Idris Elba, and Dwayne “The Rock” Johnson.

In response to the news, Legend tweeted, "Congratulations to my brother Michael B!  And thank you!  I can now keep gaining this quarantine weight in peace without the pressure of a title to maintain."

Michael noted that the women in his life "are definitely proud of this one.” He added, "When my grandmother was alive, it was something that she collected, and then my mom naturally reads it a lot and my aunts as well. This is one that they’re definitely going to have a special place for."

Jordan opened up about how his family has affected him as a person, saying, “My mom and dad sacrificed so much to provide for my sister, brother and me. I'm just grateful. Honestly it’s like they all have had such an impact on me and who I am and how I approach each day. Without that, a lot of things about me just wouldn’t be the same. So it all comes back to that foundation. I’m really thankful for that."

Since being featured in People’s first annual Ones to Watch in 2013, Jordan has made a name for himself in Hollywood, starring in such hit films as “Creed” and “Black Panther.”

What does the future hold? Stressing the desire to continue acting and to direct and produce, Jordan shared, “Just growing, whatever the next evolution of me is. Hopefully a family by then. I’m going to throw that in the universe.”

As for his ideal woman, Jordan wants someone who’s “nurturing” and has a “sense of humor.” He quipped, “I’ve got a list. That’s probably why my ass is still single.”

Jordan also aims “to make an impact all over the world and not just through the roles that I play." His production company Outlier Society Productions became the first to adopt an inclusion rider in 2018, mandating all projects have a diverse cast and crew. 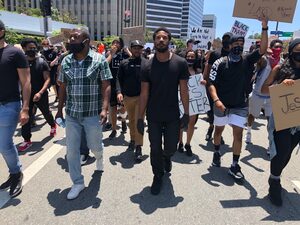 This year, Jordan has made his presence known within the Black Lives Matter movement. At a protest, he stressed the importance of voting.

He told the outlet, “I think there’s a time and a place for everything. I’ve been picking my moments to make the most impact. We can all take action — big or small — to help create the change we want to see."