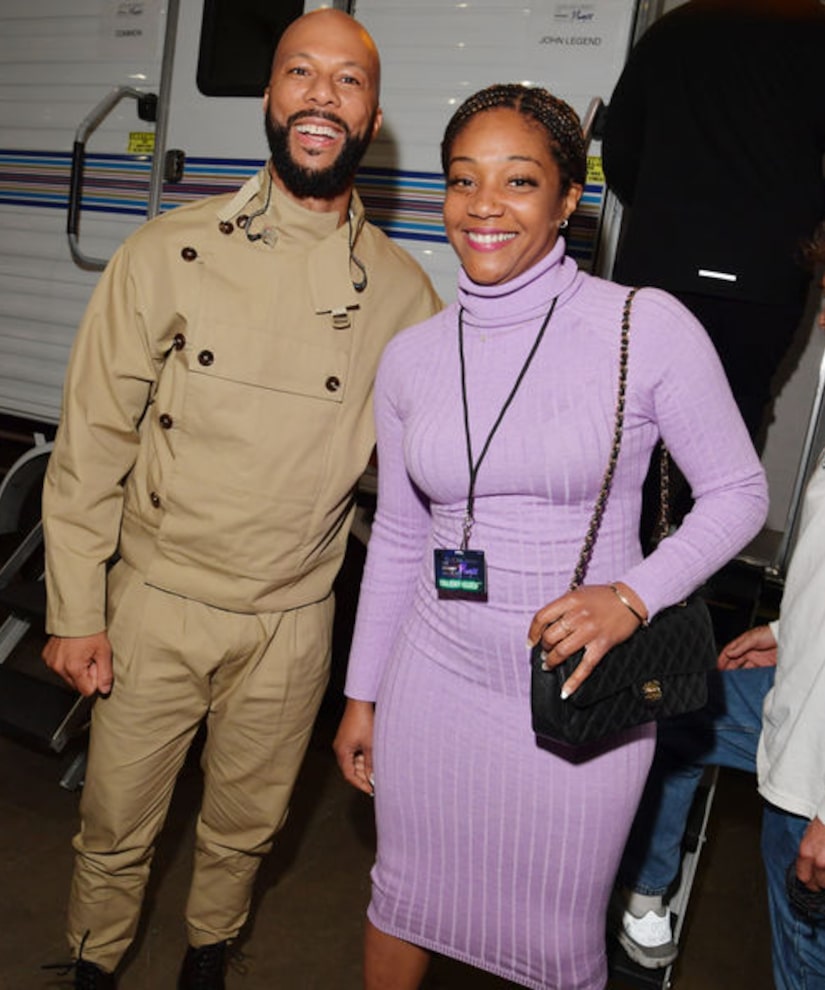 Amid breakup rumors, Common is speaking out about girlfriend Tiffany Haddish.

The rapper was a guest on SiriusXM's “The Karen Hunter Show,” confirming they are actually “doing wonderful.”

He went on to gush about Haddish, saying, “She's a really incredible human being, and the more I get to know her, I just see how dynamic she is as a person. How intelligent, how selfless she is, how she stands up in Hollywood for Black women. I'm learning. You know what I mean?”

The Oscar winner continued, “She takes it like the law. It's not on back — she'll be like, 'If there ain't no Black people on the set, or no Black people working on this, then I'm not going to do it.' Or, 'Why can't we go to these Black makeup women?' And I think it takes that type of courage and mouthpiece and rawness to get the equanimity that we've been looking for — the equality that we talk about. Especially within — any area of life — but then the Hollywood structure, sometimes you have to shake them up and say, 'Hey, y'all, this is what it has to be.'”

What else does he like about her? “She's also fun. She's fun,” Common said. “And ultimately, Karen, the one thing that I'll say about anyone I've dated that you named, I like good-hearted people, and Tiffany has a good heart at the end of the day.”

“Extra's” Rachel Lindsay recently caught up with Tiffany, who had some equally sweet things to say about her beau!

“I feel like it's gonna work,” she confessed. “I haven't felt like this about a relationship... ever.”

She went on, “We laugh all the time… He's actually really funny. I'm like... 'You should do this comedy movie with me.' He's like… 'I don't want to exploit our relationship…' And I'm like… 'Well, I don't want to be in no relationship where we making no money!'”