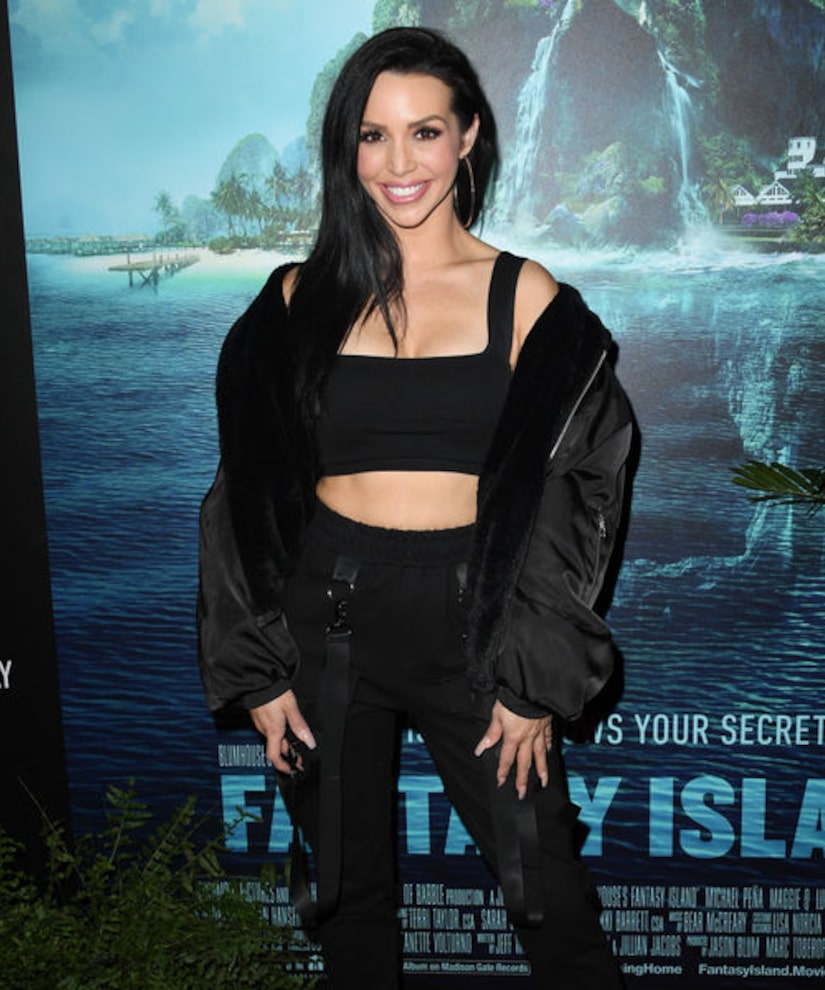 Former “Vanderpump Rules” star Scheana Shay, 35, has a bun in the oven!

Months after revealing that she suffered a miscarriage, Shay is expecting her first child with boyfriend Brock Honey Davies.

Their baby is due in April.

She told People magazine, “We got pregnant so quickly. My doctor told me to wait one period and ovulation cycle and then we could try again. It was the first and only time we tried and I had a feeling right away, but it was so soon to tell because I wasn't even close to missing my period yet. I just had a feeling."

Shay found out she was pregnant just before going on a trip to Sedona, Arizona. She said, “I had to know before I missed my period and we went on this trip. We still had an amazing trip, but it just all happened so quickly, which is so exciting but also really scary after having a miscarriage."

Reflecting on her miscarriage, Shay shared, “After going through the miscarriage and knowing those signs, it was comforting knowing, 'Okay, you're not spotting, you're not cramping, you still feel pregnant, you're still tired, your boobs still hurt.' I had to keep convincing myself it's okay because last time I woke up one day and there's no other way to explain it, just that I didn't feel pregnant anymore.”

Scheana also wanted to send out a message to those who have also suffered miscarriages. She emphasized, “I really have wanted to put that out there — that you're not alone, I feel your pain and I would not wish this on my worst enemy," Shay adds. "It's the absolute worst thing a woman can go through. I have always been an open book and really wanted to share my story so women know that I feel your pain and me too."

Shay is more than excited to be a mom, which she wasn't sure was in the cards. She commented, “Being a mom is something that I didn't think was necessarily going to be possible for me, which is why I froze my eggs twice last year. I didn't know that I would be able to get pregnant on my own so I'm just so excited that we were able to do this naturally and that everything looks good. I'm so excited to have a healthy baby and hug my baby and just be a mom."

In June, Scheana broke the news that she suffered a miscarriage. She told People magazine, “There were parts that [the doctor] could see where [the fetus] was starting to form and it just didn't. So obviously, [it was] just devastating. We were so excited. To be excited for a few weeks and then it's gone so quickly. It's still been a lot to process."