On Tuesday, Ronnie made their relationship Instagram official with a hot kissing pic in which she has her legs wrapped around him. He wrote, “BearCations!!!!”

According to his Instagram, they are vacationing at the Dorado Reef in Puerto Rico.

After seeing the pic, Ronnie's castmate Vinny Guadagnino wrote, “What in the single Ronnie is goin on here ?!”

E! reports Ortiz-Magro is “totally smitten” with the beauty technician. A source shared, “She isn't his girlfriend yet and they are taking it slow, but they really do like each other a lot. She's very sweet to Ron."

On the same day that he posted the hot pic, Harley also debuted her new relationship with businessman Justin Hensley. 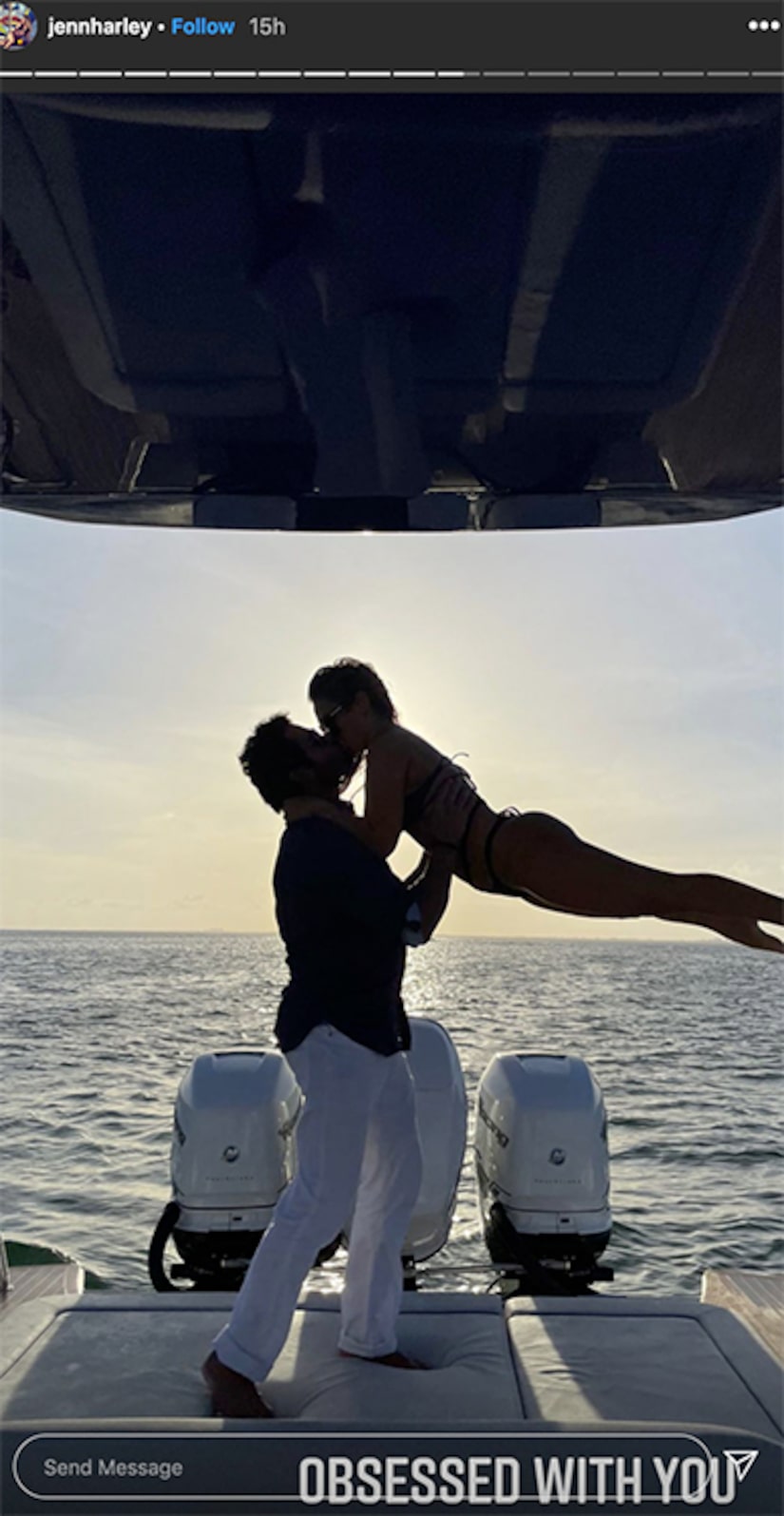 Jen and Justin were partying it up on a yacht in Miami, just before her 33rd birthday. It definitely looks like Ronnie and Jen have moved on from each other. They called it quits in 2018, the same year they welcomed daughter Ariana.

Last year, Ronnie was charged with domestic violence after an alleged altercation with Jen. A few months ago, he reached a plea deal in the case, pleading no contest to one count of domestic battery and one count of resisting arrest. As part of the deal, he'll do 36 months of probation, 30 days of community labor, donate $20,000 to a L.A.-based women's shelter, and complete a 52-week domestic violence program. He will also be required to engage in "peaceful contact" with Jen and obey a three-year protective order.