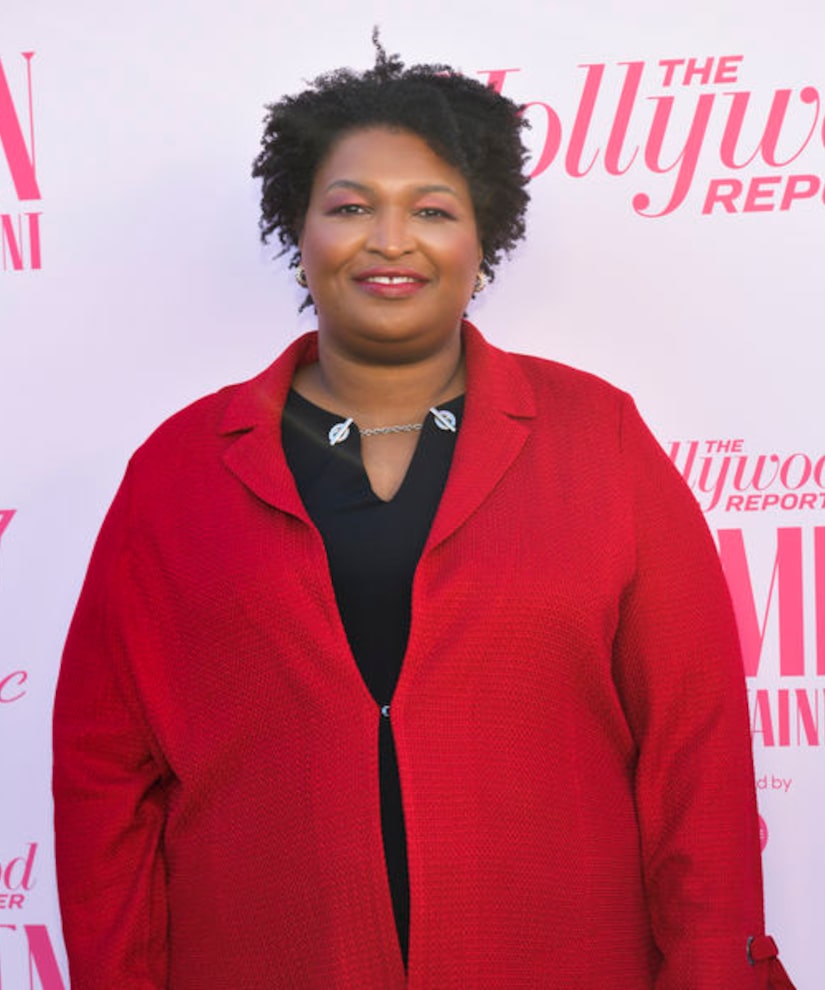 Stacey Abrams is fighting for democracy!

“Extra's” Rachel Lindsay spoke with the former Georgia gubernatorial candidate about the election season and her new Amazon documentary, “All In: The Fight for Democracy.”

Abrams was on Joe Biden's list of potential running mates before he chose Sen. Kamala Harris… so would she join a Biden Administration if he wins the election? She commented, “Right now, I'm focused on making sure… we have a Biden Administration… I am privileged to have a number of opportunities before me, and I will make my decision once those opportunities actually manifest themselves.”

Abrams said she is all for Hollywood using its voice to persuade others to go out and vote. To all influencers using their platforms to encourage voting, she says, “Mazel tov! Welcome aboard.”

Abrams brings attention to voter suppression in her new doc “All In: The Fight for Democracy,” which is streaming now on Amazon. She pointed out, “We have to understand that voter suppression has been around since the beginning of this country, and it takes on different forms because it's always about power — who has it, who wants to keep it, and who they want to deny it to… Certainly in the 2020 election, it's being targeted towards people of color, young people.”

There is, according to Abrams, reason for hope. “We do know that in this year, we are seeing more activation in people fighting back.”

“All In: The Fight for Democracy” features Janelle Monáe singing "Turntables.” Of the significance of the song, Stacey explained, “What she tells us is we have the moment, the opportunity, the power to transform our society through the act of voting… Her music is always inspiring to me, but this song in particular, saying turn the tables on those who say you don't count, turn the tables on those you who refuse to listen to you… that's an anthem I like to blast every morning!”