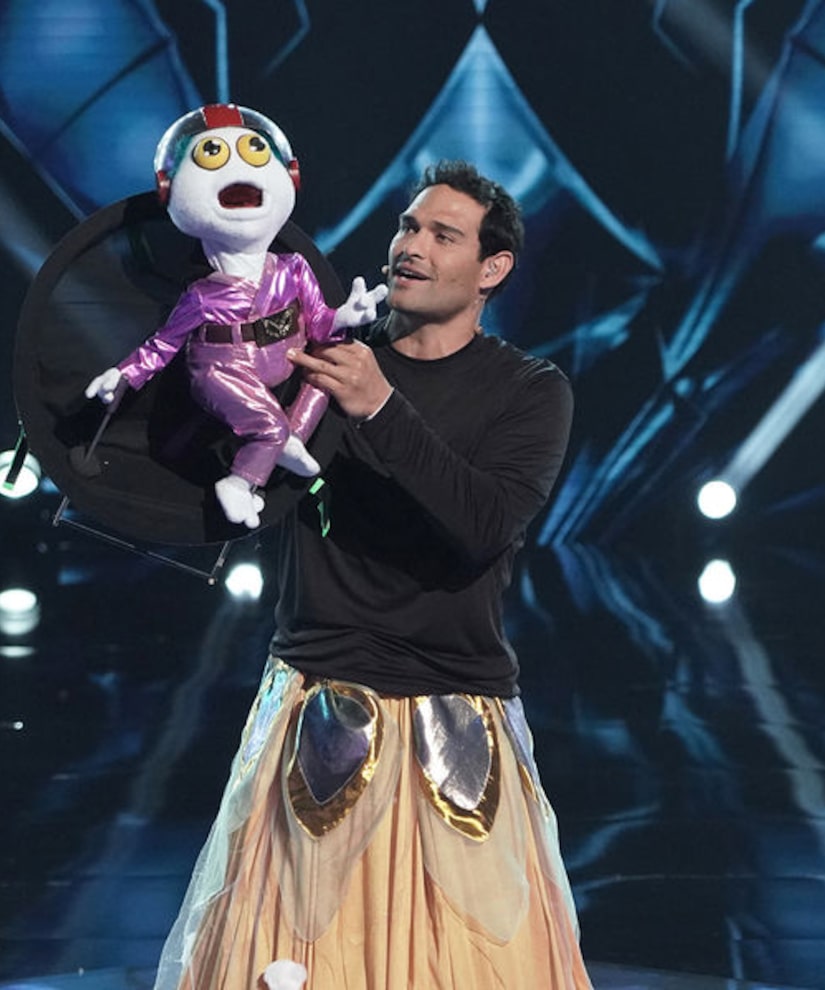 “Extra's” Nate Burleson caught up with the athlete after he was unmasked on Wednesday night's episode.

Belting out hits like Imagine Dragon's “It's Time,” and bringing the show its first-ever puppet costume, Sanchez said, “Bro, that costume was heavy, like 40 lbs.”

Training with a backpack to simulate it, he explained, “Dude, I would run up and down my stairs three or four times and throw on a 40-lb. backpack… Then I'm winded, singing in the mini, kinda, karaoke set up at my house.”

Mark told Nate how it all came about, explaining he had been offered “Dancing with the Stars” in the past.

“I was like, 'You know, I got a little bit of rhythm, that's not really in my wheelhouse I love karaoke, if there is ever a cool karaoke show, I will think about it.' And I was supposed to do Season 3. It didn't end up happening, logistics and schedules. Season 4 came around they said, 'Are you still interested?' I said, 'Shoot, everything is on hold right now, I might as well.'” 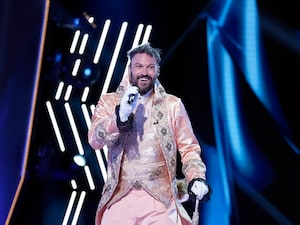 Mark is enjoying some time at home during quarantine, saying, “Being able to stay close to your family, I got a 3-year-old boy, he's going to be 4 in November, he learned how to swim during quarantine in the pool in the backyard… Those landmarks that your kids hit, you watch them learn a new skill… It will forever be linked with this crazy time in our lives, but also a special time and a special bond that we got to share with him, he's like a little Aquaman now.”

“The Masked Singer” airs Wednesdays at 8 p.m. on FOX.