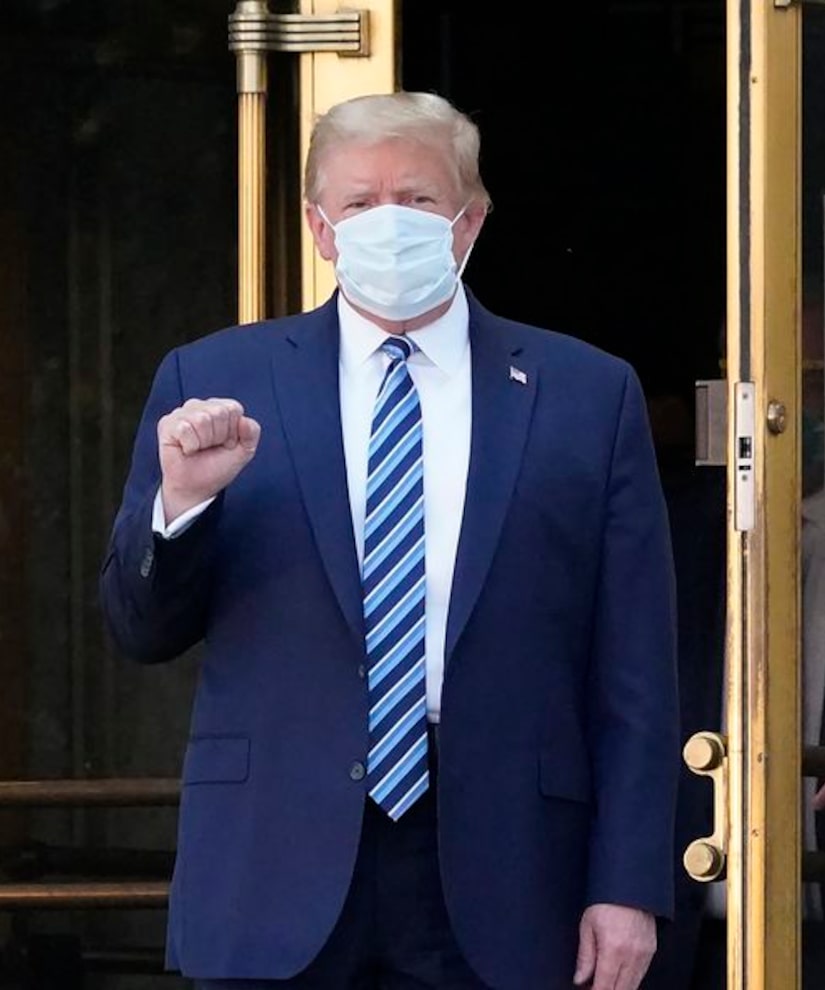 Trump spent three nights at the facility, where he was treated for coronavirus symptoms. He is now returning to the White House.

Ahead of his departure, he tweeted, “Feeling really good! Don't be afraid of Covid. Don't let it dominate your life. We have developed, under the Trump Administration, some really great drugs & knowledge. I feel better than I did 20 years ago!”

CNN reports POTUS gave a thumbs-up as he left the hospital in an SUV.

The news comes after Trump was criticized over the weekend for making a surprise appearance outside the hospital. Trump, wearing a mask, was seen riding in the back of a black SUV as he waved to supporters and the media.

“Extra's” Billy Bush sat down with Dr. Armand Dorian to talk about how President Donald Trump is handling his COVID-19 diagnosis, including that drive around Walter Reed. Watch!