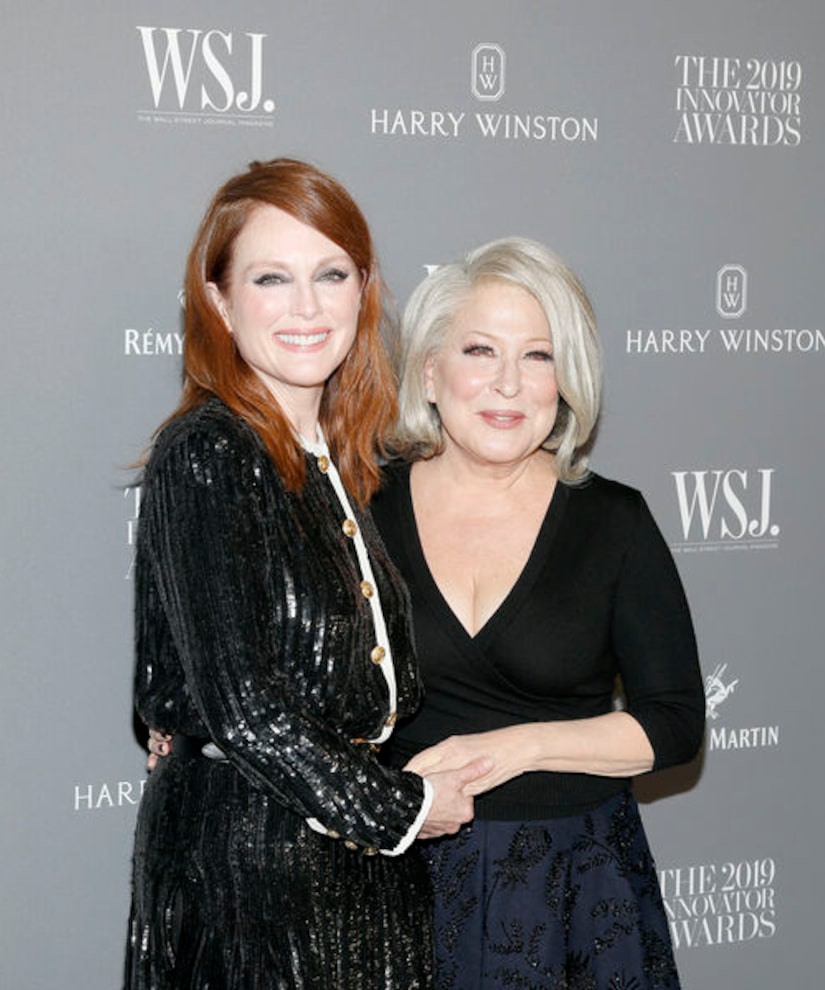 “Extra's” Cheslie Kryst chatted with Julianne and Bette about the project and their own modern-day activism.

Bette has always been vocal about her beliefs. She said, “I've never been afraid to speak out. I have a big mouth; sometimes, I think, too big… But unfortunately, my sense of fairness and my sense of justice, my conscience is so active that I can't stop. I just can't.”

Julianne said she isn't afraid to speak out, either, emphasizing, “You have a responsibility to use your voice. And your vote.”

Both commented on the death of Justice Ruth Bader Ginsburg, who died at the age of 87 last week. Bette noted, “I hope she'll be remembered by them not shoving another… justice onto the Court before the election…because that's what she asked for.”

Julianne added, “I think she'll be remembered by the way she moved us forward… We continue to be inspired by the work she did.”

Moore said she was was inspired to play Gloria Steinem in “The Glorias,” which follows the feminist icon's journey to prominence in four different stages of her life, because, "She's somebody who amplifies the work of others constantly and… that's the best part about this movie... Listening to her words, and learning about all these other women in the movement.”

In the movie, Bette took on the role of the late “Battling” Bella Abzug, a social activist and congresswoman. Midler dished, “It's time that the story was told from that perspective from Gloria… Now it's a 50-year movement. It was time for this story to be told.”

On the day of the movie release, Amazon Live will be hosting a roundtable discussion with the real Gloria Steinem, which will feature cameo appearances by Julianne and Bette.