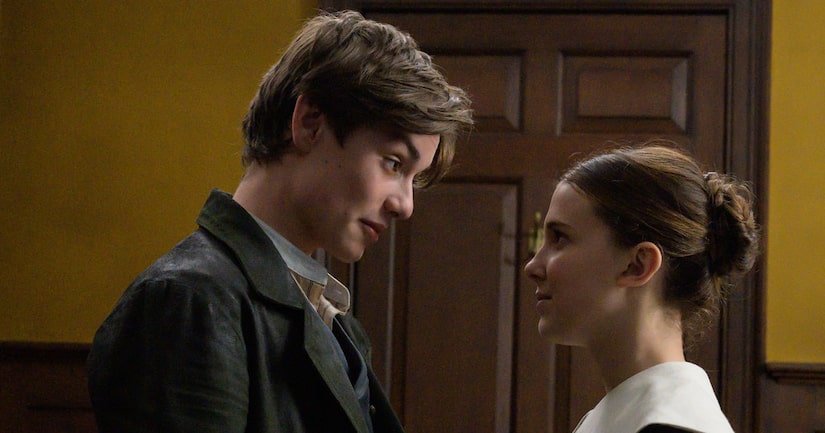 Millie Bobby Brown is talking about the secrecy around “Stranger Things,” and about her new Netflix movie “Enola Holmes”!

“Extra's” Terri Seymour caught up with Brown, who is reportedly heading back to the “Stranger Things” set next week to finish Season 4. Brown would only tease, “You know what? It's crazy… They give you this paper and they give you this pen and they make you sign something that says, 'Don't open your mouth about anything.'”

She did open up about “Enola Holmes,” a movie about Sherlock Holmes (Henry Cavill) and his younger sister Enola, who are on a mission to find their missing mother (Helena Bonham Carter). “I've been very grateful for the response and everyone loving it,” Millie said.

Instead of Watson, Enola has Lord Tewksbury, played by Louis Partridge.

Louis revealed, “We met in the audition room… Millie was late to the audition… To be fair, you were stuck in traffic.”

Millie added, “So then I turn up to the audition all hot and bothered… and I was like, 'Okay,' and his mom was there as well so it was even more terrifying. I'm like, 'Oh, hello.' I feel like I'm meeting the parents already. It's terrifying, but then we got along so well, so it's fine.”

And her years of fight training came in handy for the role. “I already knew a little traditional boxing because I went to a class for it… I actually had a shaved head at the classes and everyone was like, 'That's a boy,' and I kinda went along with it for the longest time 'cause I don't want to explain why I have a shaved head.” 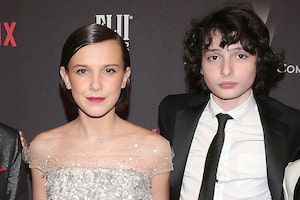 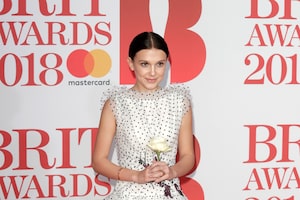