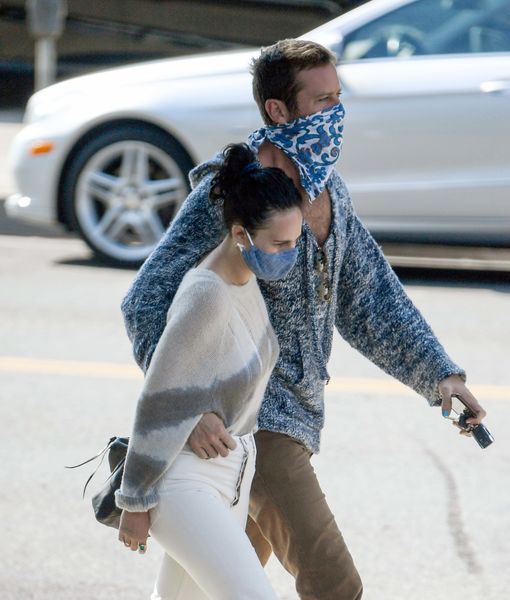 Armie Hammer, 34, and Rumer Willis, 32, have everyone talking!

On Wednesday, Hammer was spotted wrapping his arms around Rumer Willis’ waist during a walk in Los Angeles, sparking dating rumors!

Despite cozying up to Willis, an insider insisted Hammer is single after his split with wife Elizabeth Chambers. They told E!, "He isn't dating or in a relationship with anyone. He and his ex were together since his early 20s, so he isn't looking for a relationship now."

It is known when and how long Armie and Rumer have known each other.

Just days ago, Hammer revealed that he has been living with one of his best friends amid his divorce. Along with posting a pic of his friend Ashton Ramsey at Joshua Tree National Park, he said, “This one of my best friends, Ashton. For the last 2 months or so I have lived with Ashton, worked construction with Ashton, and hiked with Ashton every day.”

“He has been such a good friend (and boss) and has been the most supportive friend anyone could ever ask for,” Armie went on. “Today might be my birthday, but I just wanna say thank you to @ashtonramsey and say I love you dude.”

Though they have split, Elizabeth also sent birthday wishes to Armie, who just turned 34. On Instagram, she wrote, “Happy 34th birthday. You are loved."

Elizabeth and their children Ford and Harper are currently quarantining in Cayman Islands. Despite the pandemic, their kids are still able to get an education.

A couple days late and my sad signs didn’t survive the humidity or enthusiasm. BUT, Monday marked their second week of kindergarten and pre-k IRL in GC and the first day of Zoom Kindergarten for Hops at her school in LA. Happy back-to-school, whatever that means to you! ❤️

She shared a pic of their kids, writing, “A couple days late and my sad signs didn’t survive the humidity or enthusiasm. BUT, Monday marked their second week of kindergarten and pre-k IRL in GC and the first day of Zoom Kindergarten for Hops at her school in LA. Happy back-to-school, whatever that means to you!“

In June, Armie and Elizabeth announced that they were going their separate ways after 10 years of marriage. In a joint statement, they said, “Thirteen years as best friends, soulmates, partners and then parents. It has been an incredible journey, but together, we’ve decided to turn the page and move on from our marriage.”

“As we enter into this next chapter, our children and relationship as co-parents and dear friends will remain our priority,” they added. “We understand this news lends itself to public dialogue, but in the interest of our children and our family, we’re asking for privacy, compassion and love during this time.” 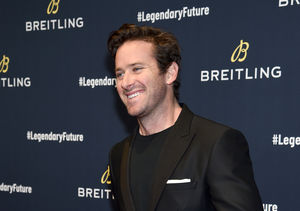 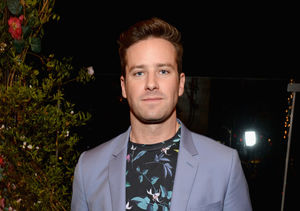 Liev Schreiber: ‘I Have the Kind of Face That People Want to…