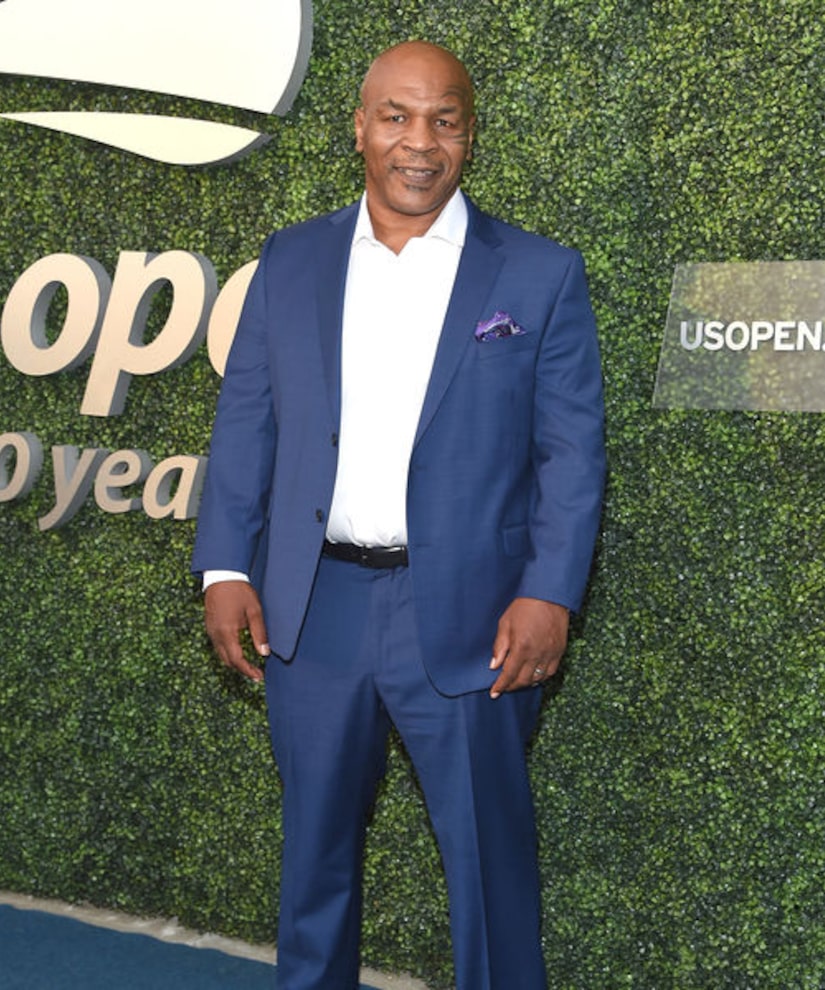 Mike Tyson is ready to take on a shark for Shark Week! “Extra's” Nate Burleson spoke to the boxing legend today about his life in quarantine, “Tyson vs. Jaws,” getting back into the ring to fight Roy Jones Jr., and his upcoming biopic starring Jamie Foxx.

Tyson said his family is doing well during the pandemic. “We forget it's quarantine, because it's a family environment… We are doing good, thank God.”

He's keeping busy watching “90 Day Fiancé,” confessing, “Yes, I do watch that show a lot... I have nothing else to watch. I have the Housewives and all that stuff, which I like.”

Mike is kicking off Discovery's Shark Week on Sunday night going head-to-head with a shark in “Tyson vs. Jaws: Rumble on the Reef.”

What can fans expect? Smiling, he said, “Mike Tyson being scared to death… Nate, the ghetto came out of me. I got so scared, I started threatening the cast.”

He explained, “What bothered me [was] when I was at the bottom of the water and I looked up around 40 feet and that made me feel helpless. I couldn't make it to the top in time.”

His experience with the shark is helping him deal with his fears about getting back into the ring after 15 years. The 54-year-old said, “I have less time to get in shape than I had when I came out of the prison… I'm a little sweaty over here… I said in order to face those fears, let me deal with this shark stuff.”

The fight with Roy Jones Jr. is called “Frontline Battle” and airs September 12 at 9 p.m. ET on pay-per-view.

Not only is he training for the big fight but his story is going to Hollywood, too, with Jamie Foxx playing him. “It's pretty much done,” he said. “We have little fundamental differences, but it looks like a go-ahead thing, man… It's gonna be monumental.” 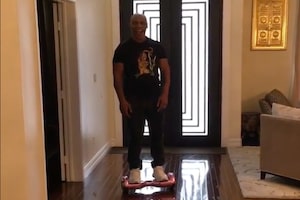 Wipe Out! Mike Tyson Takes a Tumble on His Hoverboard 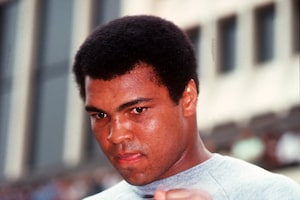 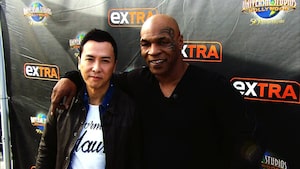 Mike Tyson on Hoverboard Fail: ‘My Pride Was Hurt'