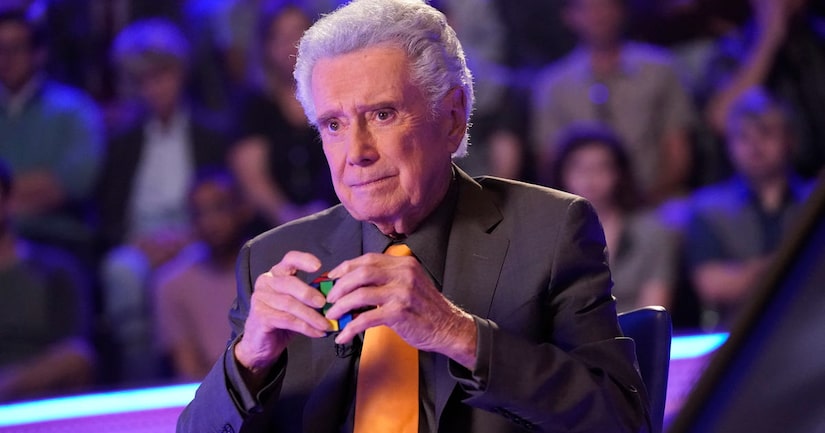 Days after his passing, more details have been released about the death of legendary TV host Regis Philbin.

A spokesperson for the Chief Medical Examiner's Office in Farmington, Connecticut, told E! News that Philbin died from a myocardial infarction due to coronary artery disease.

TMZ recently reported that Philbin had died of heart disease. 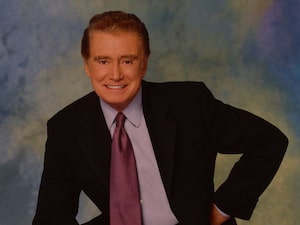 After Philbin's death, his family said, "His family and friends are forever grateful for the time we got to spend with him — for his warmth, his legendary sense of humor, and his singular ability to make every day into something worth talking about. We thank his fans and admirers for their incredible support over his 60-year career and ask for privacy as we mourn his loss."

Philbin will be laid to rest at Cedar Grove Cemetery on the Notre Dame campus. According to Lou Nanni, VP of university relations, a funeral will be held at the Basilica of the Sacred Heart. A date has not been released.

"Extra's" Billy Bush recently spoke to Larry King, who discussed Regis' love for Notre Dame. He shared, "He took me to Notre Dame… One weekend I went out as his guest. We walked the stadium… He loved Notre Dame so much. He said, 'Notre Dame feels like heaven.' He's going to be buried there.”

The school holds a special place in Philbin's heart since he was an alumnus.

Notre Dame President Rev. John I. Jenkins released a statement on Saturday, saying, “Regis regaled millions on air through the years, oftentimes sharing a passionate love for his alma mater with viewers. He will be remembered at Notre Dame for his unfailing support for the University and its mission, including the Philbin Studio Theater in our performing arts center. He likewise was generous with his time and talent in support of South Bend's Center for the Homeless and other worthy causes. Our prayers are with his wife, Joy, and their daughters and Notre Dame alumnae Joanna and J.J.”

Regis died just a month before his 89th birthday. 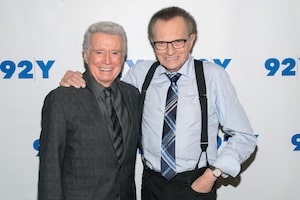 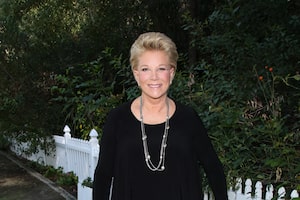 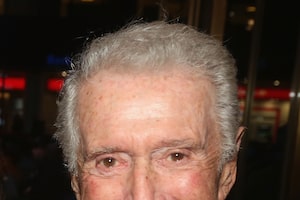 A Look Back at ‘Extra’s’ Interviews with Regis Philbin