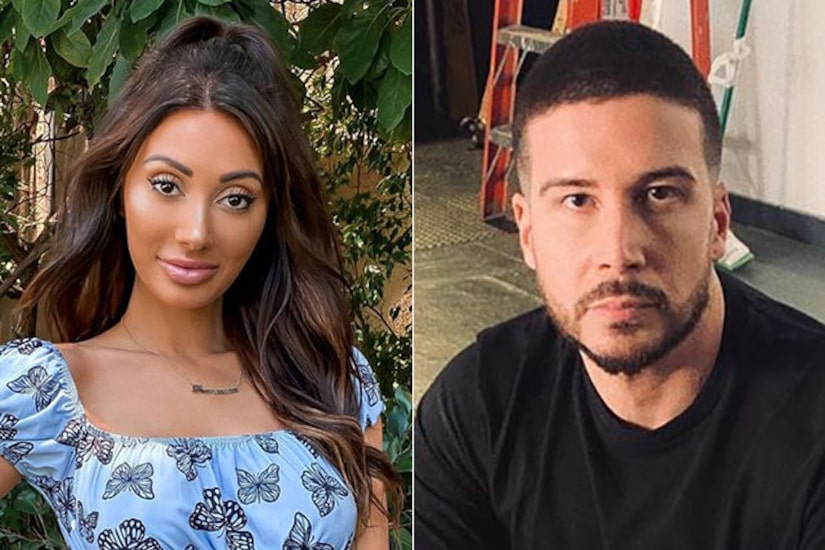 One month after her split from Harry Jowsey, it looks like “Too Hot to Handle” star Francesca Farago is back on the dating scene!

In photos obtained by DailyMail.com, Farago, 26, was seen enjoying a dinner date with “Jersey Shore” alum Vinny Guadagnino, 32, in New York City over the weekend.

During their date, the two were seen sharing some laughs as Vinny showed something on his phone.

Farago turned heads on the date with her white cropped top, which showed major underboob.

The sighting came just a week after their flirt fest on Instagram. On July 4, Vinny posted a pic of himself with the caption, “when you finish a show on Netflix.” When Francesca asked, “what show,” he responded, “Disney's Too Hot To Handle."

A month ago, Farago announced her split from Jowsey in an emotional video. She said on YouTube, “First, let me say I am aware that this may not be the most appropriate time to post this video. With everything going on right now, I do not wish to come across as insensitive by airing out my personal issues. But this has been taking a huge toll on me emotionally and I know I owe answers to all you, who having been asking questions. I feel I need to be honest, and I hope everyone can understand.”

Revealing the breakup was “very fresh,” Farago noted that Jowsey broke up with her since he couldn't do a long-distance relationship anymore. The couple has been apart since the COVID-19 pandemic hit the world. 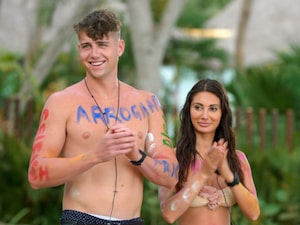 Francesca noted that she didn't want to “fake the relationship,” due to mental health reasons. She reiterated, “I cannot pretend that everything's going to be okay. The only way that I can move on is by making this video and by telling everyone that that's what happened.”

“I've given it so many chances and I've forgiven so much and stood by the relationship because I love him,” Francesca revealed. “He is not the person for me…”

In his own YouTube video, Jowsey take “ownership” over his decision to break up. He said, “I flew to Vancouver to spend time with Francesca and I saw a different side of Francesca at that point in time. Long story short, I broke up with her for the first time after she came to visit me in Australia."

They would reconcile before calling it quits again.

The news came just weeks after Harry asked Francesca to marry him on a Zoom call. She said, “I didn't want to believe it because how could you have a wedding ring folder with someone and how could you propose to someone, but you're also saying, 'I can't be with you because of the distance'? It makes me feel like I was being played. I'm just sad with myself for letting myself be put through this situation.” 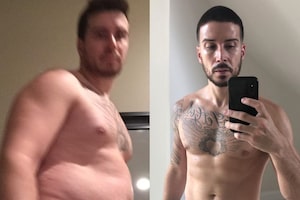 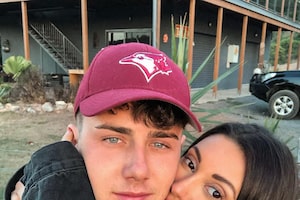 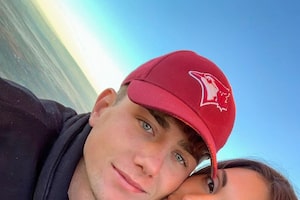