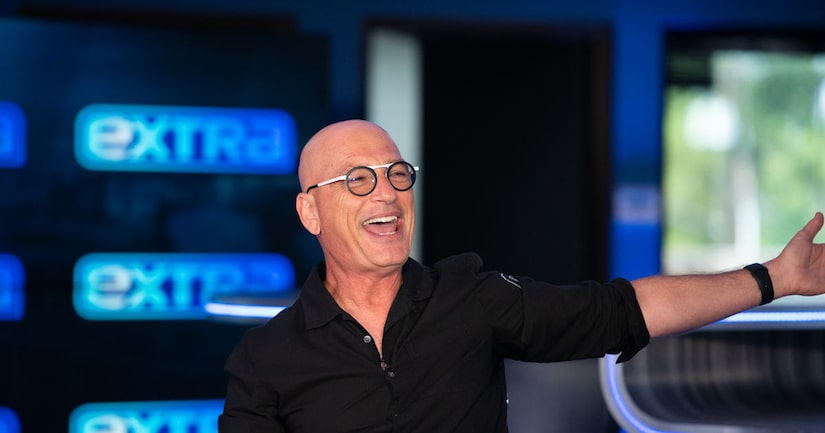 Howie Mandel, 64, is back to work, shooting “America's Got Talent.”

“Extra's” Terri Seymour spoke with Howie, who admitted being away from his family during the pandemic has been tough.

Mandel shared, “Even though I'm a germaphobe and afraid of everything…The hardest thing for me in this is — and you won't know this until you're a grandparent —you're a parent, and when your babies have babies, it's even better than your babies and its killing me to stay away from them.”

Howie has reunited with his “AGT” family, Simon Cowell, Heidi Klum and new judge Sofía Vergara. He pointed out, “You don't realize how what you miss about person-to-person interaction… We were 12 feet from each other… and everybody around in the distance is wearing face shields and masks. It's like doing a television show on Mars.”

The four judges have been shooting the Judge Cuts round “in a giant drive-in. " Howie teased, "That's coming up in a couple of weeks.”

Howie praised Sofía for rolling with the punches in her first season. He said, “Poor girl has just joined us and then this happens… but it's actually been a fun adventure to go along with, ya know, a new person or a new add to our show."

As for the live shows, Howie commented, “I know they're gonna do them and I can't wait to see them… They assure us that it's number one, be safe, and number two, be incredibly entertaining — so I can't wait.”