Comedian Jay Pharaoh is speaking out about an encounter with Los Angeles police that he says left him on the ground with an officer’s knee on his neck.

The former “Saturday Night Live” star shared surveillance footage of the officers approaching him with guns drawn and pinning him to the ground. At the time, he was out for a jog on Ventura Boulevard. Now, he’s opening up to “Extra’s” Billy Bush about what happened.

“I was holding it for… a little over a month,” he said of the footage. “You had the George Floyd situation. I wasn’t trying to distract from the Black Lives Matter movement, I just wanted to bridge the gap… It doesn’t matter what you do… If you’re an innocent Black man in America, you can get messed with. It has nothing to do with your status.”

He added, “It just ended up going viral, man… It shows you what being Black in America is.”

George Floyd died on Memorial Day after being arrested for a nonviolent act in Minneapolis. Video of the arrest shows white police officer Derek Chauvin with his knee on Floyd’s neck as Floyd says he can’t breathe and pleads for help.

Jay said, “I can level with him on being messed with. But 8:46 of that? I can’t even imagine that. Mine wasn’t even that long.”

Billy asked if he identified himself to the officers. “They put me in cuffs and they were like, ‘Stand up,’ Jay replied. “And I was like... ‘Ha, I can’t.’ So they stood me up and I said... ‘You, you all making a serious mistake. If you look and Google Jay Pharaoh, you will see you are making a mistake.’”

The star continued, “Why did they have their guns out?... I don’t trip off of what could’ve happened,” explaining that he was actually walking rather than running at that moment. “Like I said, I’m here. But it is a scary thought.”

He’s hoping for change, saying, “It’s a ubiquitous anger out there right now with the injustice of Black people. So it’s not just us fighting our battles no more. It’s everybody who’s had a chance to sit down and pay attention… I do think a change is coming.”

The comedian, who has perfected playing Kanye West, reacted to the rapper’s announcement that he plans to run for president. “I don’t know what’s up with that,” Jay said.

Sharing his Kanye impression, he said, “I’m gonna tick the world off even more and I’m gonna have Kim Kardashian be my running mate. Not only is she gonna be the First Lady, fam... she gonna be the vice president, fam.”

In all seriousness, he said, “You’re talking about somebody who has definitely acknowledged that he has a couple of issues, so even for people to consider putting him in office would be insane right now.”

Meanwhile, Jay has a new movie available for rental called “2 Minutes of Fame.” He described it as a “feel-good comedy,” adding, “It’s inspirational, because it’s all about believing in yourself.”

Pharaoh plays an aspiring stand-up comic, and Billy pointed out there may be parallels with Jay’s life. Pharoah replied, “Synonymous to my character, I feel like I have evolved a lot.” 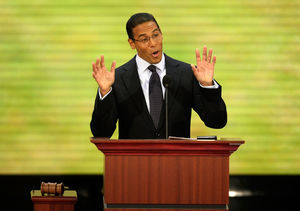 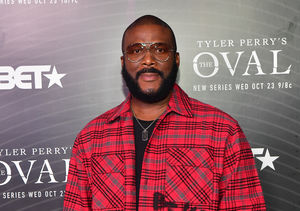 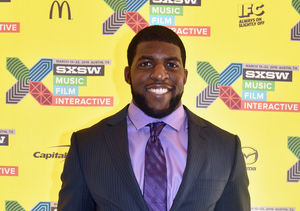 Emmanuel Acho on White Privilege and His Show ‘Uncomfortable Conversations…