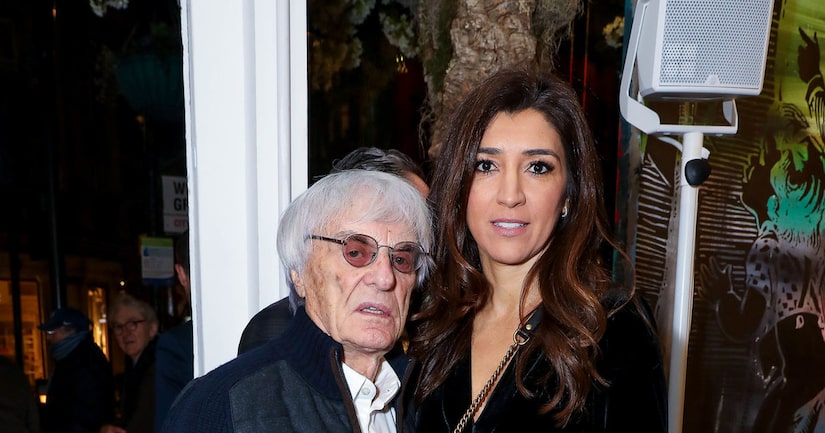 Eighty-nine-year-old Formula 1 racing billionaire Bernie Ecclestone is a dad for the fourth time!

Bernie's wife Fabiana Flosi, 44, welcomed a baby boy on Wednesday in Switzerland. He told Swiss-German news outlet Blick, “We have a son named Ace. I am so proud.”

It appears that the birth went as smooth as can be. He said, “It was all so easy. The birth was over after 25 minutes. Thank God!"

News broke that Ecclestone and Flosi were expecting in April. At the time, he told the UK news agency PA Media of becoming a dad at nearly 90, “I don't see there's any difference between being 89 and 29. You've got the same problems, I suppose. It's alright.”

Bernie is also the father of daughter Deborah with ex-wife Ivy Bamford, and daughters Tamara and Petra with ex-wife Slavica Ecclestone.

In response to the baby news, Tamara's rep told CNN, “Tamara is absolutely thrilled for them both.”

In 2009, Bernie and Fabiana met at the World Motor Sport Council. They got engaged and were married three years later. Tamara recalled learning about the engagement online, telling The Daily Mail, “I was sitting by the pool in Dubai with my boyfriend, Omar [Khyami], and my makeup artist Gary Cockerill when I checked Mail Online and read that my dad was engaged. I thought, 'Oh, my God, he's done it.'”

“My first thought was for my mum because I knew she wouldn't have known. My mum hasn't dated since the divorce so my immediate feeling was, 'How is she going to take this?' I just thought that because he's been married before, he's got children, and he's older than her, I didn't think he'd get married again,” Tamara continued.

Years ago, Tamara chatted with “Extra's” Terri Seymour about being a mom herself. Watch!