“Extra” Special Correspondent Rachel Lindsay caught up with Beyoncé's mother Tina Knowles, who opened up about how she's fighting for change alongside Breonna Taylor's and Trayvon Martin's mothers, as well as about her granddaughter Blue Ivy's recent BET Award win.

Tina and Beyoncé recently helped bring more COVID-19 testing to Houston, and now Tina is doing even more to give back. She wrote an open letter to lawmakers to pass the Heroes Act, telling Rachel, “It covers… healthcare and economic support for people during COVID for underserved areas. But it also covers whatever costs are associated with voting… and the voter-suppression thing, we have to fight that. Black people don't have this connection to voting that we should because we've been unheard for so long and it hasn't made a difference.”

She's joining forces with Breonna's mother Tamika Palmer and Trayvon's mother Sybrina Fulton to get the bill passed, “It's heartbreaking to hear the pain that never goes away… It's been the hardest part of this, but it's the part that makes me want to make the change.”

Knowles has no interest in getting into politics herself, saying, “I'm 66 years old, so I've lived through a lot of this. And just being a kid... I sat in the back of the bus, so I've seen the injustice over the years and it's very painful for me and I just want to do whatever I can do.”

She does want to continue to help fight, “We have to as a nation… I feel hopeful because our white brothers and sisters are standing with us.” 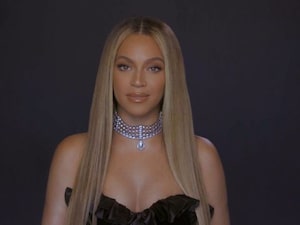 Beyoncé’s Call for Change as She Accepts BET Award, Plus: A Sneak Peek at Her New Visual Album

Tina also praised Blue Ivy, Beyoncé and JAY-Z's eldest child. Blue Ivy made history as the youngest-ever BET winner when she picked up the HER Award this year for “Brown Skin Girl,” alongside Wizkid, Saint Jhn and her mom.

The proud grandmother said, “Only 8 years old. That is so funny… She is so super talented, and I'm not saying that because it's my grandchild. Because [entertainment] is not necessarily my first choice for her, but I tell Beyoncé and Jay they can't hold her back 'cause this girl is a superstar already.” Knowles added, “Look at those genes that she got. What else can we expect?" 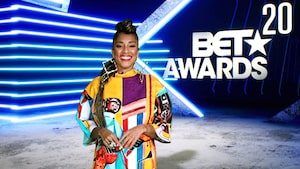 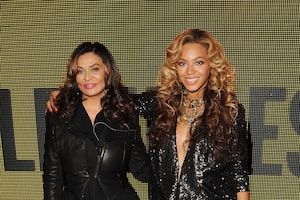 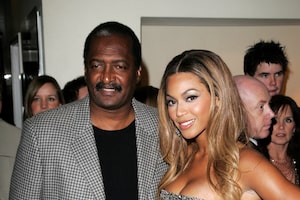 Mathew Knowles on Breast Cancer Diagnosis, Plus: He Breaks News About Destiny’s Child