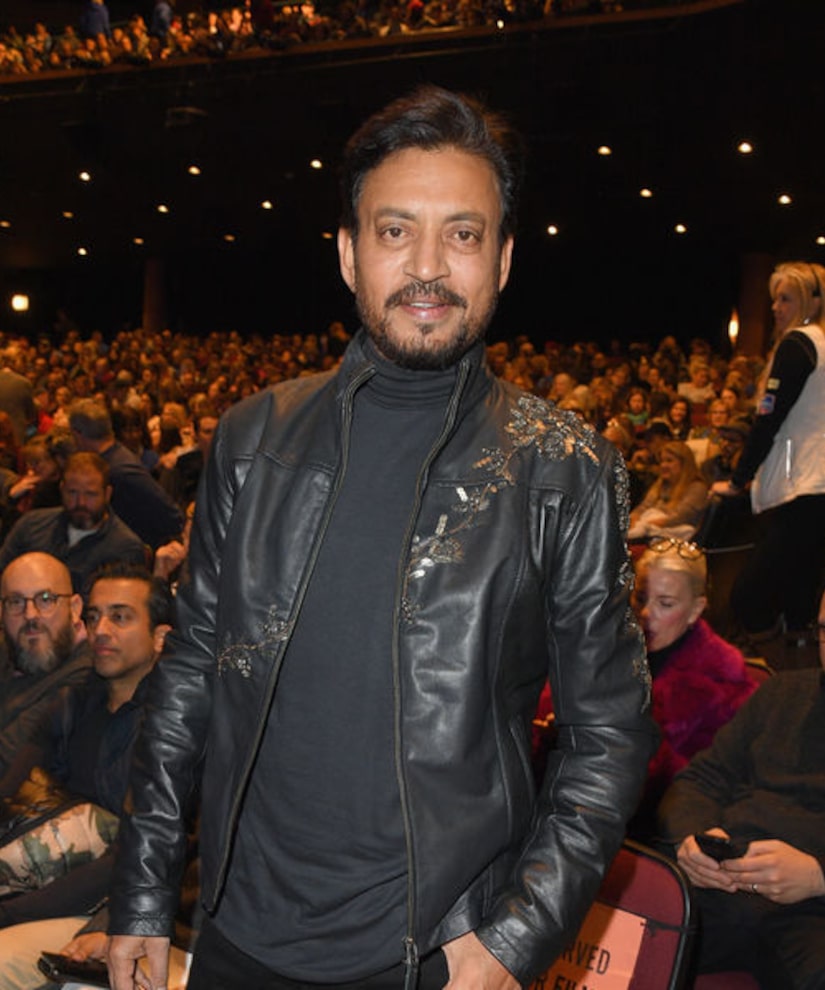 Bollywood icon Irrfan Khan has died at the age of 53.

On Wednesday, Khan died at a Mumbai hospital after losing his longtime battle to cancer.

Earlier this week, he was admitted to the ICU for a colon infection.

His reps confirmed his death in a statement, saying, “It's saddening that this day, we have to bring forward the news of him passing away. Irrfan was a strong soul, someone who fought till the very end and always inspired everyone who came close to him."

The BBC reported Khan was laid to rest at the Versova Kabristan cemetery in Mumbai. His close family and friends were on hand to bid him farewell.

His death comes just a week after his mom Sayeeda Begum passed away in Jaipur. He was unable to attend her last rites, due to the worldwide COVID-19 pandemic.

In 2018, Khan revealed that he had been diagnosed with a rare neuroendocrine tumor. At the time, he wrote on Twitter, “The unexpected makes us grow, which is what the past few days have been about," Khan wrote. "Learning that I have been diagnosed with NeuroEndocrine Tumour as of now has admittedly been difficult, but the love and strength of those around me and that I found within me has brought me to a place of hope… As for the rumours that were floated NEURO is not always about the brain and googling is the easiest way to do research.”

Khan was a household name in India, but he also starred in several Hollywood movies, including “Life of Pi,” “Slumdog Millionaire,” “The Amazing Spider-Man,” and “Jurassic World.”

After news broke of his passing, his former co-star Priyanka Chopra tweeted, “The charisma you brought to everything you did was pure magic. Your talent forged the way for so many in so many avenues.. You inspired so many of us. #IrrfanKhan you will truly be missed. Condolences to the family.”

My dear friend Irfaan. You fought and fought and fought. I will always be proud of you.. we shall meet again.. condolences to Sutapa and Babil.. you too fought, Sutapa you gave everything possible in this fight. Peace and Om shanti. Irfaan Khan salute.

T 3516 - .. just getting news of the passing of Irfaan Khan .. this is a most disturbing and sad news .. 🙏
An incredible talent .. a gracious colleague .. a prolific contributor to the World of Cinema .. left us too soon .. creating a huge vacuum ..
Prayers and duas 🙏