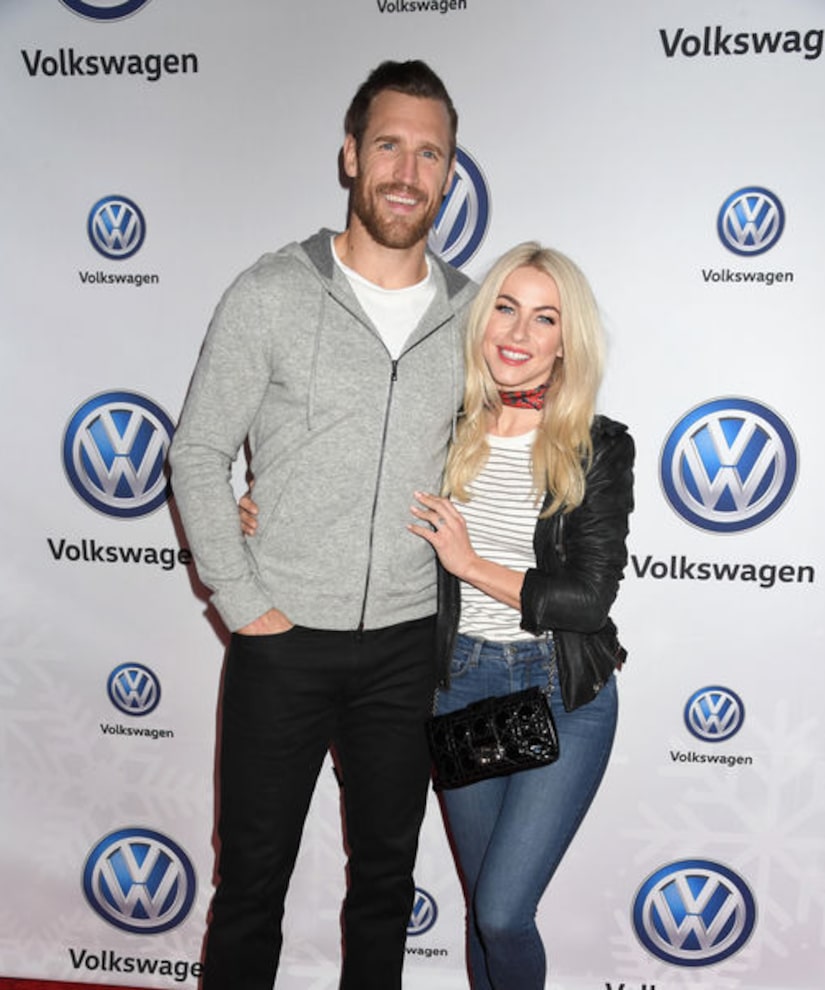 Hockey player Brooks Laich is opening up about self-isolating in Idaho with his dog Koda — and without his wife, Julianne Hough.

On the latest episode of his iHeartRadio podcast “How Men Think,” Laich said, “Koda is awesome, man. I'm up in Idaho, I'm at my house in Idaho. I spend all day outside. I'm outside from like, 7:30 until 5 o'clock. I have 10-and-a-half acres here. Our property's pretty big, and I've just been doing a mass cleaning of it. Like, everything. Building some rock walls, chainsawing down some trees, clearing brush — you name it.”

While Brooks is “doing good with the isolation” in Idaho, Hough is quarantining in Los Angeles. He added, “I'm about 15 minutes out of town. I have one neighbor that lives a couple hundred yards away, and then another neighbor that lives another couple hundred yards away, and that's all that's out here. I see them when they walk their dogs a little bit, but don't see them much. We're practicing social distancing.”

“I think I'm an introvert by nature,” he pointed out. “I love having my dog — if it wasn't for my dog, I'd probably be a little more antsy with the isolation.”

Laich explained that he ended up in Idaho without Hough because he “never spent enough time” at the property and felt like it “needed an overhaul.” He went on, “It really needed a cleaning — a landscaping and a cleaning. It got overgrown, it's kind of in the bush… So I've really been able to manicure it and landscape it. And… with my dog, we have a yard in L.A. and we go for trail runs and stuff, but here he's outside all day long.”

As for what he's been doing while he's there, Brooks shared, “I can fish any day. And I have a buddy that I can go hunting with… So there's lots to do. And I just love being up here. I've never spent enough time here, so I'm doing okay with it. But I've always been that way, even when I was younger. When I was a young kid, I didn't need to be around friends all the time. I liked it, I had great friends, I still have great friends to this day, but there's a part of me that enjoys isolation and there's a part of me that actually gets drained when I'm around too many people.”

During the COVID-19 pandemic, Brooks admitted that he does “miss the friendships and companionships where you do get to hug somebody and be in the same room.”

A source recently insisted that Brooks and Julianne are “still together,” despite spending time apart. They told People magazine, “They are still together, but just not quarantined in the same place. Their relationship has always been like this, though — they like to do their own thing.” 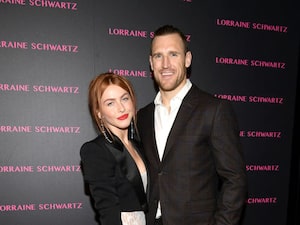 The insider emphasized, “Their marriage is not perfect, but they continue to work on it. They speak all the time. Brooks is coming back to L.A. once the stay-home order is lifted.”

No word on when Laich left for Idaho, but in March, Julianne told “Extra's” Renee Bargh they were self-isolating together.