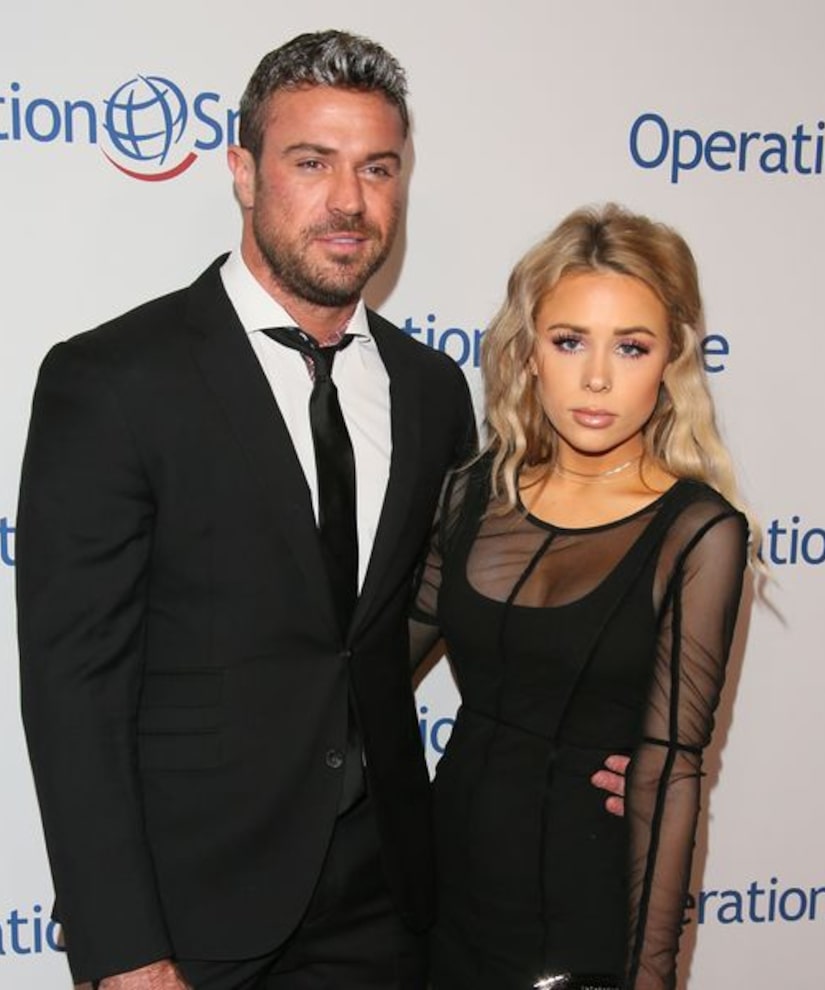 At the time of his arrest, she alleged on Instagram that Chad had punched a hole in the wall.

Mishler and Johnson, who shot to fame on “The Bachelorette” and later appeared on “Bachelor in Paradise,” sat down with “Extra's” Billy Bush to talk about what happened.

What led to his arrest and subsequent hospitalization? He explained, “We live in the same apartment complex. To start the day off, we broke up… I hadn't drank in 50, almost 60, days.”

Johnson went on, “I decided to drink and am not very good at it… We got back together. Initially, things were good, then I drank more. I don't remember what happened. She found a dating app on my phone that literally I had downloaded right when we broke up. When she found that, I got mad… I guess I was yelling or something, and that's when you see I punched a hole in the door… It's super out of character for me. That's why I don't drink.”

He revealed, “Every bad thing that has happened in my life was while drinking. Even if you watch 'The Bachelor,' [I] screwed that up all over one night of drinking.”

Annalise explained how the police got involved, saying, “The next morning, after all of that, he came back to my apartment, was banging on the door. I wasn't letting him in, yelling at me, 'You have my phone.' During that whole thing, a neighbor called the police. He ended up coming in my apartment, taking my phone, chucking it… An hour later, you were gone… The police showed up; they had no choice but to arrest him, and they served a protective order for the week.”

Explaining that she tried to convince police not to arrest Chad, she said, “They saw the hole and the neighbors were pretty clear that he was screaming and being loud. There were dents on the door, and blood.”

Chad said he was in a low place, and at the time he posted a photo of a rope on social media.

Billy said it sounded like a guy that wanted to end things. Johnson answered, “I'm not going to lie, I was totally there. I don't know why I would post it to social media, but at the time I was still drinking. It's really hard for me to explain the decisions I make when I'm drinking… I had a rope, I had all this stuff. I was just drinking and seeing what happens.”

Billy asked, “Did you make an actual attempt to take your life?” Chad said, “Yeah, yeah… I tried to asphyxiate myself, I guess… It's not as easy as it reads.”

Annalise was ordered to stay away, but she tried to help, saying, “I kept going there to check on him and bring him groceries so he wouldn't drive… He was really mad at me.”

Chad was mad at her for posting about the incident on social. “I kept being like, 'Why didn't you just call the police?' I thought she was out to get me.”The police checked on him four times. Chad said, “The last time they came in and they just straight-up took me.” Johnson was hospitalized for a reported suicide threat.

So where are they now? Chad is sober since being released from the hospital. “I'm going to go to some sort of program.”

Annalise added, “We're not back together, necessarily, right now. I think alcohol needs to be worked on and I want to see change. We want to go to therapy, couples therapy. We're going to try, but who knows?”

TMZ reports that Chad has now been charged with six misdemeanors, including corporal injury to his former girlfriend, battery, witness intimidation, trespassing and two counts of vandalism.

Chad is hoping all the charges will get dropped, telling “Extra,” “I'm just trying to spend as much time with her.”

Johnson continues to deny any type of domestic abuse.

The couple also broke news that they just launched a page on a subscription-based adult platform, in which they will presumably film themselves intimately. Johnson explained, “It's kind of a bonding experience.”