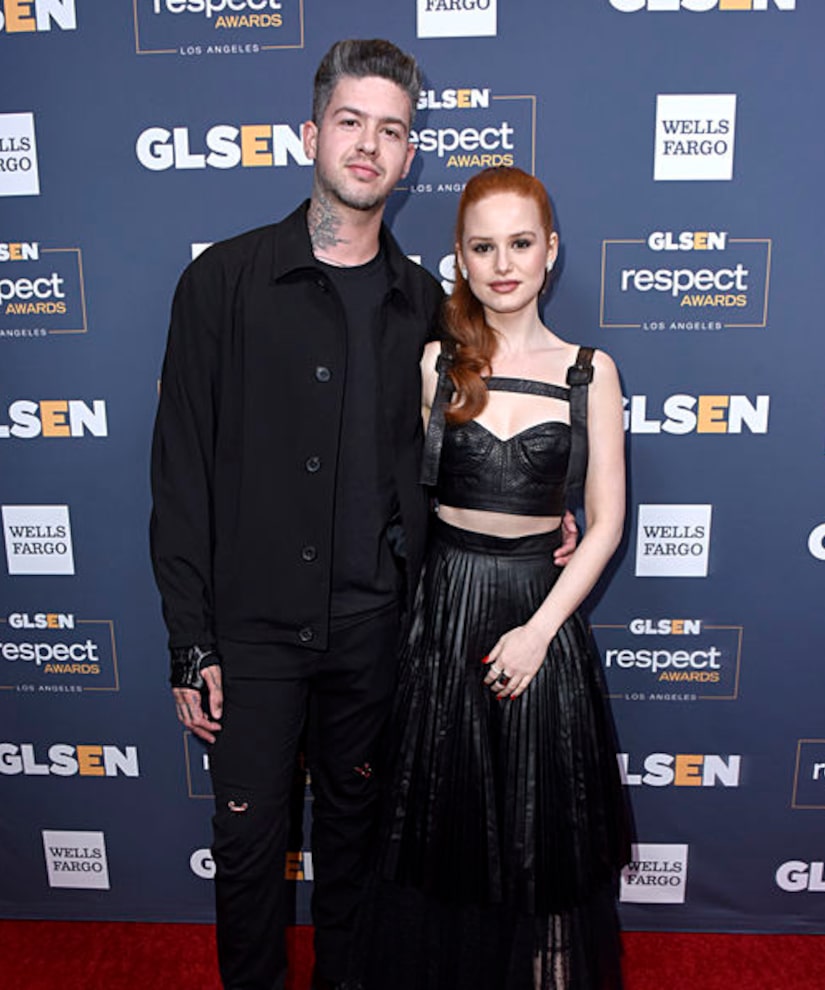 On Thursday, Travis confirmed the breakup rumors, writing on Instagram, "Our relationship has been in the public eye for the last 3 years. What's ironic about my most public relationship is that behind the scenes it was the most non-superficial & grounding experience in my life. While it pains me our journey has come to a close, I mean it when I say I'm so incredibly grateful to have shared the last 3 years with someone as compassionate, smart & wonderful as Madelaine. The personal growth made possible by our time together I wouldn't trade for anything.⁣⁣⁣⁣"

He had a personal message for Madelaine, saying, "While I'm holding back tears I'm excited to see what you do next. I'll always have your back.⁣⁣⁣⁣"

A source told Us Weekly, “[Madelaine] moved her stuff out of his Los Angeles place.”

Split rumors started swirling after Petsch went solo to several Oscar parties. To fuel more rumors, they also didn't post about each other on Valentine's Day.

The last time they were spotted together was in December at Disneyland. At the time, Mills wrote on Instagram, “I don't always wear ears at @disneyland, but when I do it's because @madelame made me.”

Petsch hasn't posted about Mills since last April when he celebrated his birthday. She wrote, “Happy birthday lil baby!!! To being thirty, flirty and thriving all year I love you."

Six months ago, Petsch explained her decision to keep their relationship more private, telling Nylon, “My relationship [with musician Travis Mills]. I used to share a lot about it online, and now that I don't, people just assume we're no longer together. But in reality, I realize that it's so much more special and safe if I don't share a lot of it."

Madelaine and Travis started dating after he reached out to her on Facebook in 2017. That year, she told Cosmopolitan, “He congratulated me on the show. He had auditioned for Jughead. I think we just randomly had mutual friends, so we added each other. We kept in touch very rarely, not even that much, from January to February, and then the day I got back from season one in February I was bored in L.A., believe it or not. I was like, 'What am I gonna do?' I got my hair cut and he texted me like, 'Let's go to a movie!' We hung out and spent every single day together that I've been in L.A. since then, since February.”