The star is always keeping it real, and dished with Billy about her family, all the drama on "The Real Housewives of Atlanta," and much more.

First, she told Billy her son Bryant (who turned 21 Thursday) had some wild plans for how to celebrate, saying, "I am not there. I am giving him a dinner on Sunday. My husband is taking him to the strip club."

"They're throwing an all-guys thing tonight. They're going to the strip club. [Gregg] already called and is like, 'Honey, I'm gonna be at the strip club and I'm gonna leave early.'"

As for what her son is going to do after his dad leaves, she said, "I don't know."

NeNe gushed of her husband, "Gregg looks good… Gregg looks amazing… I think I made him much younger. As the years went on I think he got younger."

Billy told NeNe she also looks good. She smiled, saying, "That's because I have a doctor." Still, she said she doesn't do too much to her face, adding, "Not much — I am an alligator. My face is really dry."

Leakes said she is trying to get along with the ladies on "RHOA" this season — but not Kenya! "She is not a good person," she asserted. "She's good for the show like all these girls are. She has a mental issue that needs to be fixed… That girl just lies."

NeNe doesn't think things will come to blows physically, though. "She may want to run her mouth, but she wants to keep her teeth, so she knows what to do."

Saying Kenya attacked her to stay relevant on the show, NeNe said, "I was there since day one."

Leakes also took on some of the rumors. Will she be returning? “Our season is still going. I have to get together with my team and discuss whether it's good for me to stay here or not.”

She went on to say, “Kenya is the one saying I'm being phased out. She says Bravo is phasing me out… If I'm being phased out, then I'm being phased out — I don't have a problem with that.”Another rumor is that Bravo is not guaranteeing any particular talent will be in every episode. NeNe confirmed that one, noting, "Yes… they are going to give each girl certain episodes and you have to work. They want to see you work to get into the others.”

What about the headlines about salary cuts? NeNe said, "I don't know if they are cutting salaries… My salary I'm very okay with, so Bravo, please understand, I am very okay with my salary." 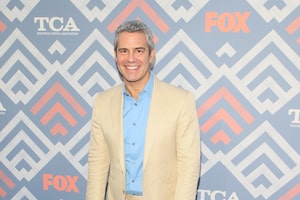 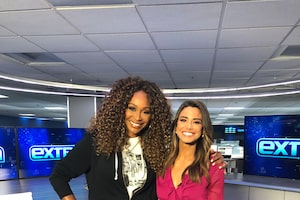 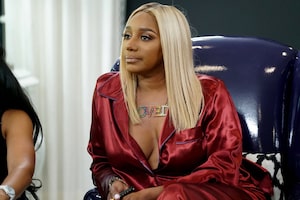