John Cena stopped by the “Extra” studio, where he opened up to “Extra's” Renee Bargh about his new film “Dolittle,” his WWE plans, “Fast & Furious 9,” and “Suicide Squad 2.”

Before dishing on his role as polar bear Yoshi in “Dolittle,” he revealed he isn't leaving WWE for acting.

He insisted, “I'm not done with WWE yet… Keep in mind that being a sports entertainer is like being an actor. You have to invest your full passion into it. Due to insurance liabilities for movies, you can't do other stuff…. I am far from done with the WWE. I am trying to change perception — it's not a transition.”

Renee asked if there's a chance fans will see him back in the ring, and he replied, “I'm saying there's a great chance.”

Cena is now a part of the “Fast and Furious” family as he joins the ninth installment. He teased, “We are gearing up to drop a trailer soon and that is going to shake everybody up.”

Sharing his experience, he said, “At first it was like being the new member of a family… Everyone is sizing you up… They were all so open-minded, and I got to know everyone quickly and was welcomed into the family.”

He would only share this about “Suicide Squad 2”: “The script reads amazing.”

Renee asked, “Do you feel like that's basically you?” John replied, “That's why I got the part.”

While voice jobs are isolated, he said he loved working with everybody on the film, adding “Robert [Downey Jr.] and everyone on the cast — it's like a lotto ticket.”

Talking about collaborating with RDJ, he revealed, “The first time I met him in regards to 'Dolittle,' I was able to share with him a moment that he gave to me a while ago… his kindness, his presence, and his empathy when no one was looking, and he didn't have to be that way… I wanted to thank him for being a kind human being. We don't do that enough.” 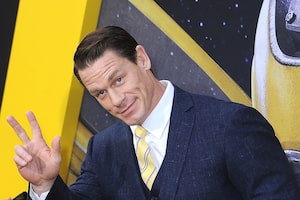 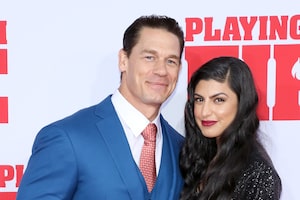 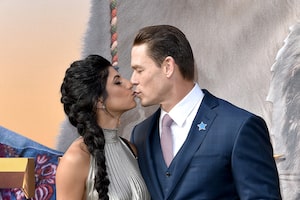 John Cena Packs on the PDA with Shay Shariatzadeh: 'I Am Very Happy'