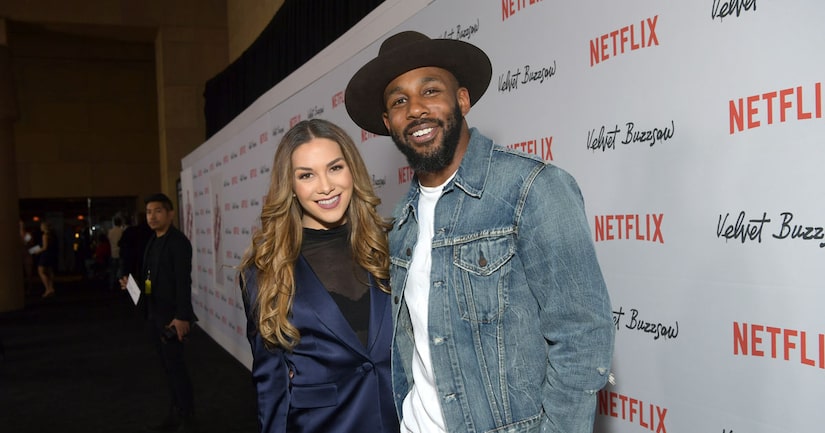 “Dancing with the Stars” pro dancer Allison Holker is a mom again!

On Wednesday, Holker, 31, announced that she gave birth to a baby girl, her second with husband Stephen “tWitch” Boss, 37.

Along with posting a photo of the baby holding her finger, Holker wrote on Instagram, “ZAIA BOSS 9 lbs 3 oz - 21 inches long.”

In May, Allison announced she was pregnant on “The Ellen DeGeneres Show.” She said, “Since it's Mother's Day, we thought that this was the perfect opportunity to announce that we're having a baby.”

During a gender reveal party in August, Allison posted, “ITS A GIRL 💕 🎉. Can't even express all the incredible emotions we are feeling right now! I am so excited to be bringing in another beautiful baby girl into the world. And we are so grateful for all the LOVE that we were showered with yesterday from our friends and family joining us in the gender reveal! This baby girl is already surrounded by love and support! Here we go @sir_twitch_alot.”

A few months ago, Stephen opened up on Allison's pregnancy, telling Us Weekly, “[I'm waiting on her] hand and foot. Also, I don't know what it is, [but] she has a superpower of just being just being absolutely incredible through pregnancies. She handles it with such grace and still looks just as beautiful. It's crazy.”

Zaia's arrival comes over three years after Allison and Stephen welcomed son Maddox. Allison is also the mother of daughter Weslie, 11, from a previous relationship.

She shared with the outlet, “Maddox is still, I think figuring out what is really going on with the whole scenario. We keep saying that there's going be a new baby. He talks to the baby.”

Allison and Stephen met on “So You Think You Can Dance,” tying the knot in 2013 at Nigel Lythgoe's winery in Paso Robles.