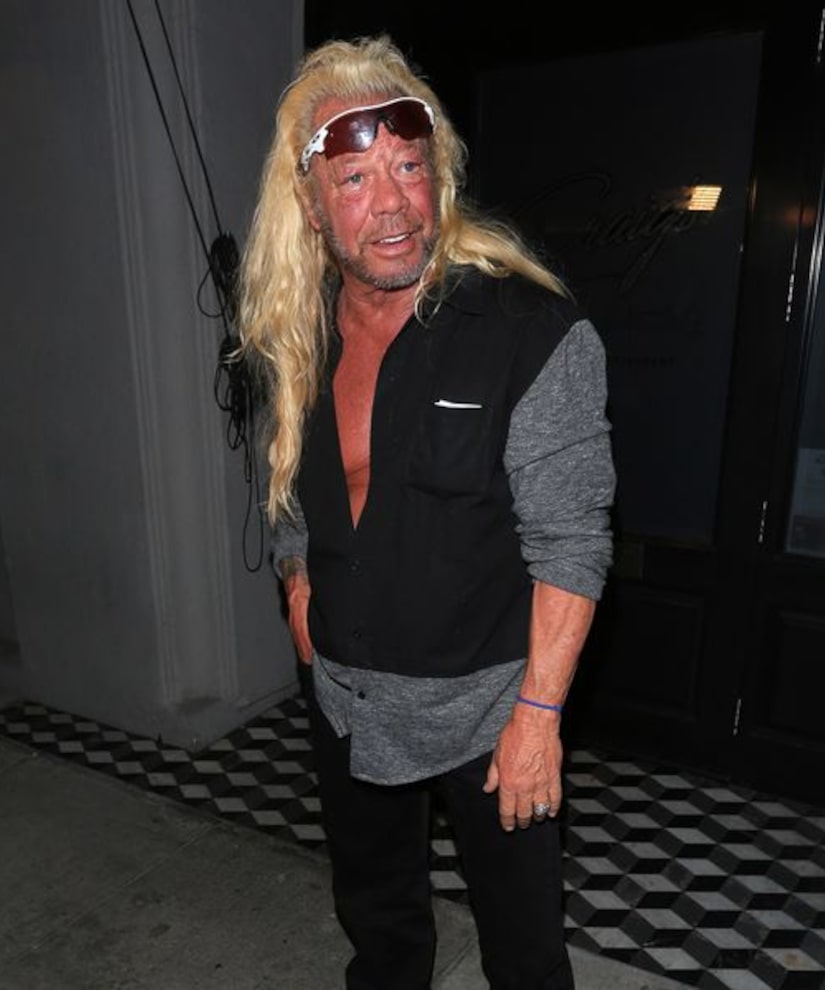 UPDATE: After a series of tests, doctors have determined that Duane “Dog the Bounty Hunter” Chapman did not suffer a heart attack, TMZ reports. His health scare appears to be stress and blood pressure-related.

On Monday night, Chapman was released from the hospital and is now recovering at home.

Dog's rep released a statement on his Twitter, saying, "I can confirm Dog is under doctor's care and is resting comfortably. Thank you for all of your well wishes- keep 'em coming."

Over the weekend, reality star Duane “Dog the Bounty Hunter” Chapman, 66, was faced with a major health scare!

Sources told the site that Dog may have suffered a heart attack, but doctors are running tests to determine what happened.

Doctors are also determining if Dog will need corrective surgery.

Dog has been busy promoting his WGN America show “Dog's Most Wanted,” which premiered earlier this month. We'll have to see if his health scare will be part of the series, which documented how his family is coping with Beth's death on the premiere episode.

Dog recently opened up, saying he's been dreaming about Beth, who lost her battle with cancer in June. On an episode of Dax Shepard's podcast “Armchair Expert,” he said, while referring to Shepard's wife Kristen Bell, “I see [Kristen] smile and you smile and the way you treat her and the way she treats you and that's how I am with mine. She loves the hell out of you and you love her. I loved that. My wife loved you guys. Loves, not past tense, I respect you so much. I needed this right now. I needed someone like you.”

“She used to tease me, 'You stole me from the cradle at 18 years old.' I had her until she was 51, and I'd say one word and she knew what it meant. She'd be like, 'Let me do it, Big Daddy, you're too aggressive.' And then she became more aggressive than me,” Dog continued. “And now all of a sudden she's not there. Google says you get smarter when you're forced to deal with it. Because I still go, 'What time do you have to be up in the morning, honey?' I'm setting the alarms… I'm getting better. I depended on her for so much.” 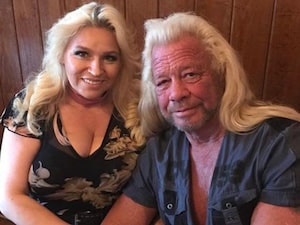 While holding back tears, Dog shared, “When you're around people, especially like you, you're strong. And then all of a sudden you're all alone or you wake up and you go two minutes without realizing she's gone and then you feel like s—. I had a dream, I have visions. She's in heaven and looks up and is like, 'My God, Big Daddy is going to love it here. Look at all the animals.' And I'm like, 'Where are they?' And then she's watering the garden looking exactly the same. I used to sneak up on her… and I did and she goes, 'Big Daddy, what took you so long?' and started crying.”

Last month, Dog vowed that he would never marry again. He told Us Weekly, “There will never be another Mrs. Dog. We both said, 'If I die, you can have a man. Ten [men], I don't care. But don't marry one'… And she said, 'Don't take my name off your chest, Dog. Do not get married'… Don't worry, I will not get married. I still put the pillows in the middle of the bed. This morning, I thought she was still there.”

Dog paid his final respects to Beth at her funeral in July.