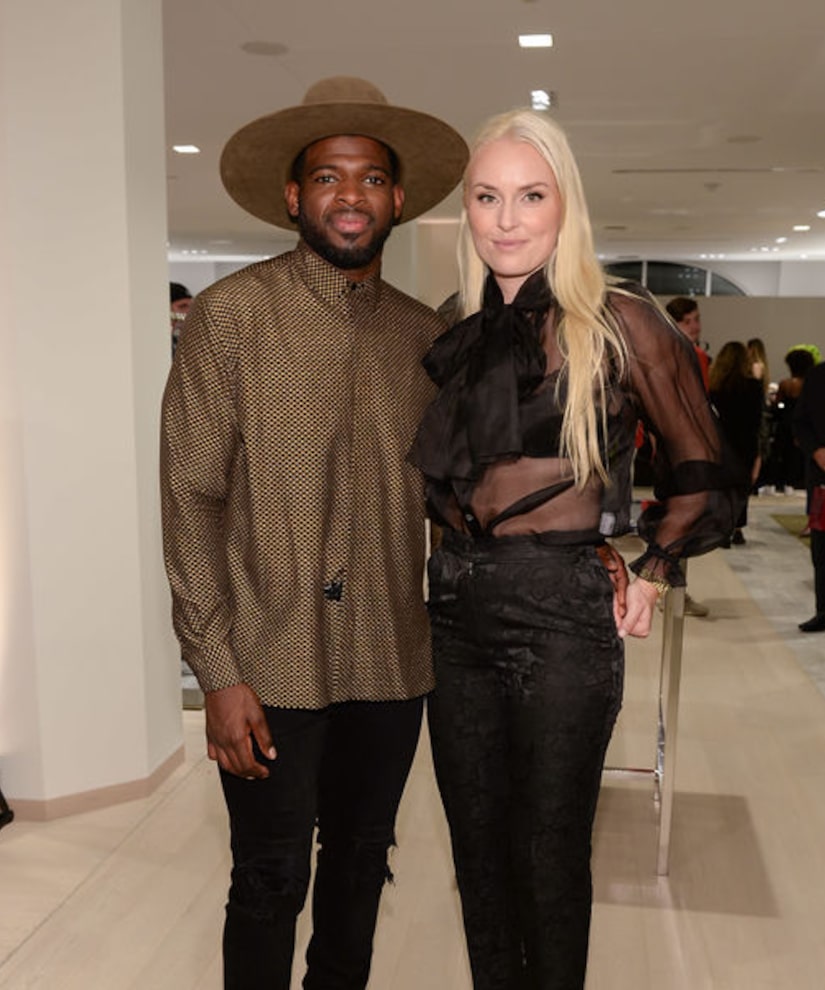 Retired Olympian Lindsey Vonn, 34, and hockey player P.K. Subban, 30, are taking the next big step in their relationship!

People magazine reports the couple is engaged after a year of dating. It is unknown when he popped the question.

Subban picked up the ring in August. He told Vogue, "I got the ring and said, 'You know what? I'm just going to do it home.' Everything kind of came together on that day. Everyone says the stars aligned — well, it was actually a full moon. I was worried because I knew she would want to be dressed up and not in her pajamas, and it just so happened she had a business meeting, so she was fully dressed up.”

He added of the low-key proposal, "I wanted it to be very personal and about how serious I'm taking it. It's about us and our family. I kept it close to the chest.”

Lindsey dished on their wedding plans, saying, "I just want to enjoy the moment and the engagement. We're not in a big hurry to get married. It kind of depends on his playing schedule, and when we have time to sit down and go through it. I don't want to stress him out because he has a big season coming.”

Lindsey also shared a video on Instagram, saying, "He finally popped the question... and I said 'yes.' He's all mine."

The night before the engagement news broke, Lindsey was on hand to support P.K. at the Montreal Children's Hospital. She wrote on Instagram, “Proud to stand by my man last night in his never ending effort to make a difference! PK donated 10 MILLION dollars to the Montreal children's hospital and even though he hasn't played for this city in a few years he still comes back and continues to make a difference. Congrats on an amazing night babe, you are an incredible person with the biggest heart I know! Love you ❤️.”

P.K. posted the same pic, writing, “What a night! Thank you to every single person who showed up in support of @lechildren and @pksubbanfoundation last night! A special shoutout to @holtrenfrewogilvy @nadiasaputo @marlaoringer @edenpolansky @annaconcierge for putting together such an extraordinary event 👊🏿 #PKSFWeekMTL 💥.”

Vonn did not wear any kind of sparkler on her left finger.

Last month, “Extra” Special Correspondent Colton Underwood spoke with Vonn and Subban at the 2019 Kids' Choice Sports Awards in Santa Monica, where they dished on their future plans.

Vonn pointed out that they were moving to New Jersey. P.K. added, “House shopping, it's all happening.”

Lindsey and P.K. first sparked rumors in April last year when she was seen at a Nashville Predators hockey game. At the time, Subban was playing for the team. 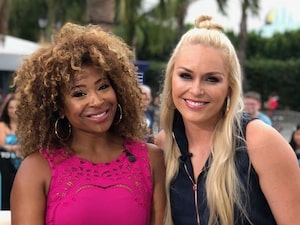 Months later, they made their red-carpet debut, hitting the CMT Music Awards. While they stepped out in public quickly, Vonn assured reporters that they weren't rushing to get married. She explained, “I've been married before. So I'm — we're enjoying every moment. We love each other very much, but there's no reason to jump ahead and get ahead of yourself. We have plenty of time to figure everything out, so we're just enjoying it.”

Lindsey was previously married to Thomas Vonn, but they called it quits in 2013 after six years together.