“Extra's” Tanika Ray sat down with Vonn today at Universal Studios, where she dished on her charity work and love life.

Lindsey recently “liked” social media messages about ex-boyfriend Tiger Woods as he competed at the Arnold Palmer Invitational. She shared, “I support him. We're friends, we congratulate each other… it's really nice to see him playing so well again.”

She added, “I think It's only a matter of time before he does actually win another tournament… after all his injuries and surgeries... that he has come back and fought his way back... he will be at the top again.”

As for her new boyfriend, NHL player P.K. Subban, Lindsey gushed, “He's just an amazing guy, he's really upbeat and spontaneous, and I'm more serious, so we balance each other out really well.”

Vonn revealed that they met at the ESPYs when she was “taken.” After she and Tiger broke up, Subban pursued her. “He got my number and was very persistent.”

She elaborated, “He came to visit me on Christmas Day. That was the first time I spent really good time with him… he went in the lion's den and met my whole family.”

The 33-year-old is getting ready for the ski season, but not for the Olympics. She said, “I'm not competing in any more Olympics, I'm old... okay, there is one more world cup record that I really need to break.”

Her injuries led her to start the STRONG GiRLS foundation. Vonn shared, “I was injured quite a few times and had time on my hands, and I wanted to do something productive. I want to help inspire girls to follow their dreams and make sure they don't have any limitations... empowering them, making them feel more confident.”

Lindsey also reflected on meeting Olympic gold medalist Picabo Street at a signing when she was young, which inspired her Olympic dream. Watch! 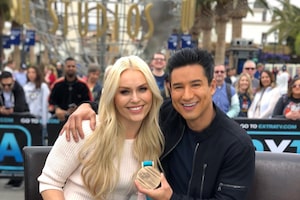 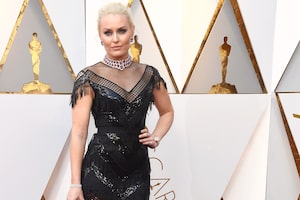 See Lindsey Vonn’s Dress… Before and After Her Oscars Fashion Emergency! 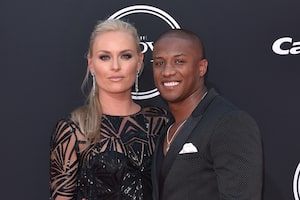