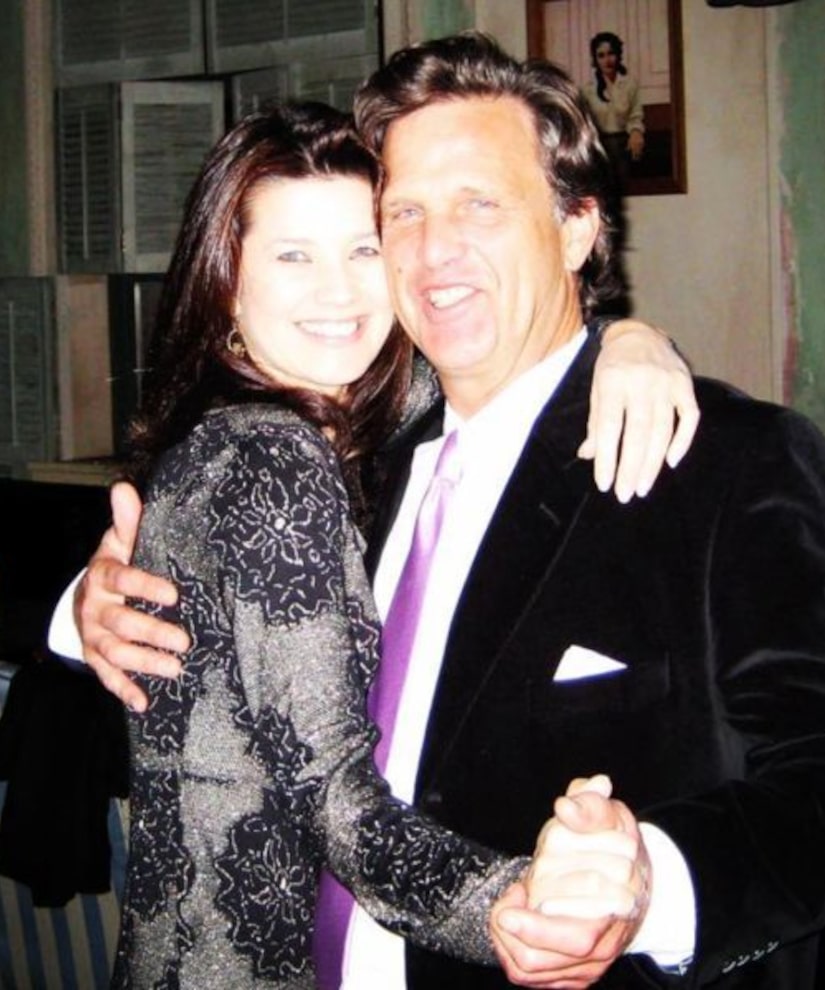 “Gates of Paradise” star Daphne Zuniga is dishing on her relationship with hubby David Mleczko!

“Extra's” Tanika Ray caught up with Daphne at Universal Studios Hollywood, where she revealed they decided to tie the knot in June after 12 years of dating.

Zuniga said, “After 12 years of making sure that we loved each other and would be with each other forever we finally tied the knot… It was, 'I know I have you forever anyway. I know that I am committed to you forever anyway.' There was no fear in it, because we had been together for so long and been through so much.”

As far as why they didn't walk down the aisle earlier, the 56-year-old said, “I think there was some fear of commitment because I never wanted to get divorced. This is my first marriage.”

Why is David the perfect guy? She explained, “He said from day one, 'I have your back. We are on the same team. I will never betray you,'” she added, “I feel the same for him.”

Daphne also talked “Melrose Place,” revealing she would be open to bringing it back. “I don't think there will be a problem with a reboot, not in my book!”

This weekend, fans can check out Zuniga in the Lifetime movie “Gates of Paradise,” based on the book by “Flowers in the Attic” author V.C. Andrews.

Daphne explained, “In this one, I play an evil nurse in charge of a girl in a wheelchair, and so I'm not a friendly nurse…”

She worked alongside Jason Priestley, revealing he was aged in the makeup chair for the role. Viewers can expect “prosthetics and gray hair,” she said, adding, “He's got a full-on white beard and hair and jowls.”

Is he still a heartthrob? With those blue eyes he's “still hot at 78,” she said with a laugh.

Check out Daphne and Jason in “Gates of Paradise” on August 17 at 8 p.m. on Lifetime.