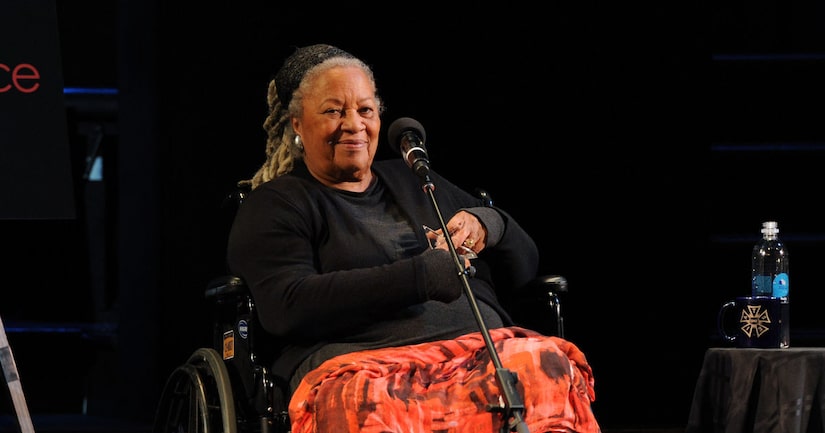 Toni Morrison, one of the most acclaimed American novelists in history, has passed away at the age of 88.

Morrison, who wrote “The Bluest Eye" (1970), "Sula" (1973), "Beloved" (1987), and many more, died Monday night at the Montefiore Medical Center in New York after suffering complications from pneumonia, The New York Times reports.

Her family confirmed her death in a statement issued through Princeton University, where she had taught since 1980. Her family said, “It is with profound sadness we share that, following a short illness, our adored mother and grandmother, Toni Morrison, passed away peacefully last night surrounded by family and friends.”

Along with calling her an “extremely devoted mother, grandmother, and aunt,” her family said, “While we would like to thank everyone who knew and loved her, personally or through her work, for their support at this difficult time, we ask for privacy as we mourn this loss to our family. We will share information in the near future about how we will celebrate Toni's incredible life.”

Her publisher Knopf said in a separate statement, “Morrison's novels were celebrated and embraced by booksellers, critics, educators, readers and librarians. Her work also ignited controversy, notably in school districts that tried to ban her books. Few American writers won more awards for their books and writing."

"Beloved" was also adapted into a 1998 movie starring Oprah Winfrey, one of her most passionate advocates.

Morrison's novels focused on the lives and histories of African Americans. In a past interview quoted in "The Dictionary of Literary Biography," she said, “I look very hard for black fiction because I want to participate in developing a canon of black work. We've had the first rush of black entertainment, where blacks were writing for whites, and whites were encouraging this kind of self-flagellation. Now we can get down to the craft of writing, where black people are talking to black people.”

After hearing about her passing, “Grey's Anatomy” creator Shonda Rhimes tweeted, “She made me understand 'writer' was a fine profession. I grew up wanting to be only her. Dinner with her was a night I will never forget. Rest, Queen.”

President Barack Obama, who awarded Morrison with the Presidential Medal of Freedom in 2012, tweeted, “Toni Morrison was a national treasure, as good a storyteller, as captivating, in person as she was on the page. Her writing was a beautiful, meaningful challenge to our conscience and our moral imagination. What a gift to breathe the same air as her, if only for a while."

“You wanna fly, you got to give up the shit that weighs you down.”
Toni Morrison.

I cannot imagine growing up in a world without her words. I pray you rest In Peace and in Power.
We will celebrate you with endless gratitude and love. Always.

Her words were like mirrors to our collective souls. Like pillows to cushion the blows. Like mothers to wrap us in love. Like friends to hold our hands and see us through the darkness. #RipToniMorrison ❤ you. May we lift her up in the light of goodness and hold her there.

“Something that is loved is never lost"...encouraging words from the beloved author #ToniMorrison that we can surely use today. So sad to hear of the passing of the first African-American woman to win the Nobel Prize… https://t.co/7FkcdVOyMW

“If you look at the world as a brutal game, then you bump into the mystery of the tree-shaped scar. There seems to be such a thing as grace, such a thing as beauty, such a thing as harmony. All of which are wholly free and available to us.” Your life was our gift, #ToniMorrison pic.twitter.com/wcD7w9zKYp

#ToniMorrison has died. Just when we most need to hear her voice, she is gone. Thank you for the insights, the stories, and the poetry of your thought that have enriched us all these many years. Lay your burden down.

“She is a friend of my mind. She gather me, man. The pieces I am, she gather them and give them back to me in all the right order.” Rest In Power Queen ❤️#tonimorrison https://t.co/UqkMIiriyo

Morrison is survived by her son Harold Ford Morrison and three grandchildren. She was preceded in death by her son Slade Morrison, who died in 2010.