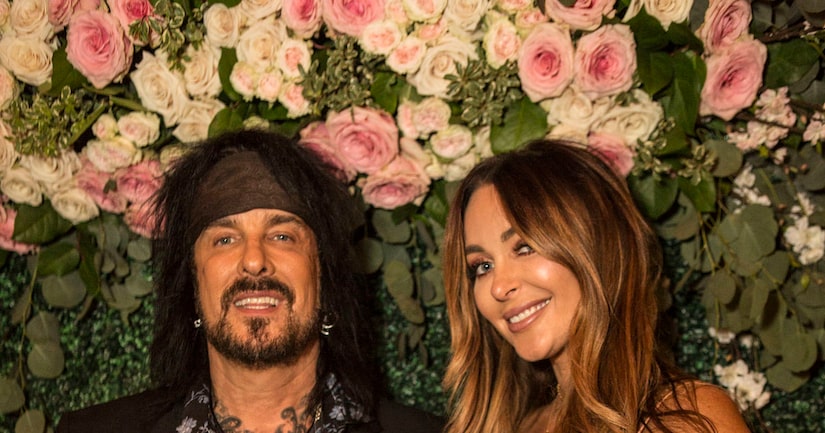 Mötley Crüe bassist Nikki Sixx, 60, is a dad for the fifth time!

Over the weekend, Sixx's wife Courtney, 33, gave birth to their first child together, a baby girl who they named Ruby.

Nikki took to Instagram to share the happy news, writing, “A spunky little girl with a full head of hair making her the 5th Sixx joining her two sisters and two brothers.Fatherhood has been the greatest joy in my life.....and @how2girlis a real natural as a mom. ♥️.”

Along with a pic of a baby carriage, Nikki continued, “I would like to thank our family and friends for all the love and support ( and flowers ). We are already sleep training her with a metronome and I got her a pink bass.”

Courtney shared the same photo, noting that she was in labor for 18 hours. She added, “I'm so grateful to my Heavenly Father for blessing Nikki and me with the sweetest most angelic child of God. Ruby is more precious and more beautiful than I ever could have imagined. Her special spirit just radiates.”

“I never knew this kind of love existed. I am so excited to be a mommy and know Nikki will be the most wonderful daddy ever just as he has been with my four step-children,” Courtney emphasized, referencing Nikki's other children, Gunner, 28, Storm, 25, Decker, 24, and Frankie-Jean, 18.

The baby comes nearly five years after the pair tied the knot in Beverly Hills.

In May, Courtney celebrated Ruby's arrival with a baby shower, which was attended by Alison Eastwood, Tanisha Harper and “The Real Housewives of Orange County” alums Heather Dubrow and Gretchen Rossi.

At the time, she told People magazine, “I'm so excited for so many things like dressing her, teaching her, creating things with her and just like my mom said at my shower, holding my future best friend in my arms.”

In January, the couple announced they were expecting. Courtney told Us Weekly, “We are over-the-moon excited to be having a baby! Nikki is going to be the most amazing dad in the world because he already is.”

In 2017, the couple were experiencing "major baby fever." She tweeted, "Nikki and I are getting so excited to get pregnant this summer! I just cannot wait to be a mommy! We are having major baby fever ❤️❤️❤️." 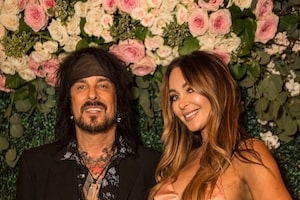 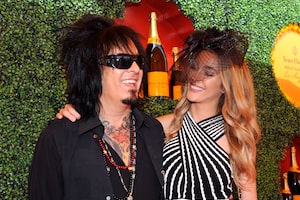 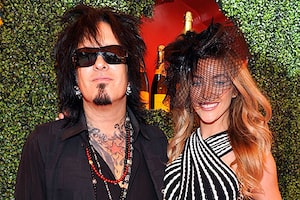