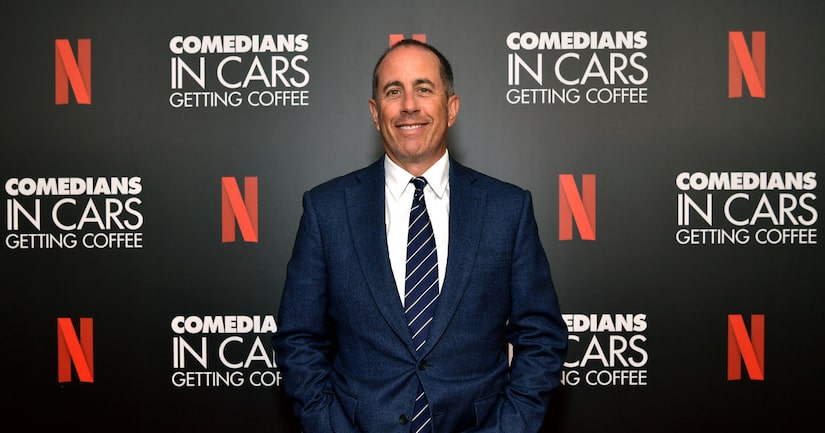 Jerry Seinfeld is back, drinking coffee with comedians in cars!

In the pic, Jerry was seen “bending over” in the background as Sasha posed with her prom date. Of the gone-viral photo, Jerry pointed out that it was a “total accident.” He explained, “No, I was moving a can that hisses to make the cat run away. We have cats. So my wife said, 'Would you move that can? It's in my shot.' So I bend over to get the cans. She takes the picture and then posts it. Of course, without asking.” 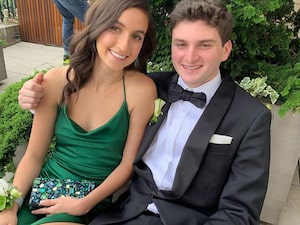 The father of three recently celebrated his 65th birthday in April, with his wife Jessica singing him praises on social media. As for the best part of being 65, Jerry said, “Not caring about anything.”

Seinfeld also dished on Season 11 of his hit Netflix series “Comedians in Cars Getting Coffee,” which will feature some of Hollywood's biggest names, including Eddie Murphy, who rarely does interviews. Jerry pointed out, “He's hard to get. He was a tough get. He's our best get.”

At his Good Plus Foundation event, Jerry recently told “Extra” that he had landed his dream guest for the season. When asked if Eddie was who he was talking about, Jerry confirmed, “Yes.”

“There was an Eddie I wanted to get to… There's a guy inside the package, that's what this show is about… getting them outside of the package.” When Tanika noted that the show was about “unpeeling the layers,” Jerry emphasized, “Yes. No clothes, no makeup, no band, no fruit basket in the dressing room.” 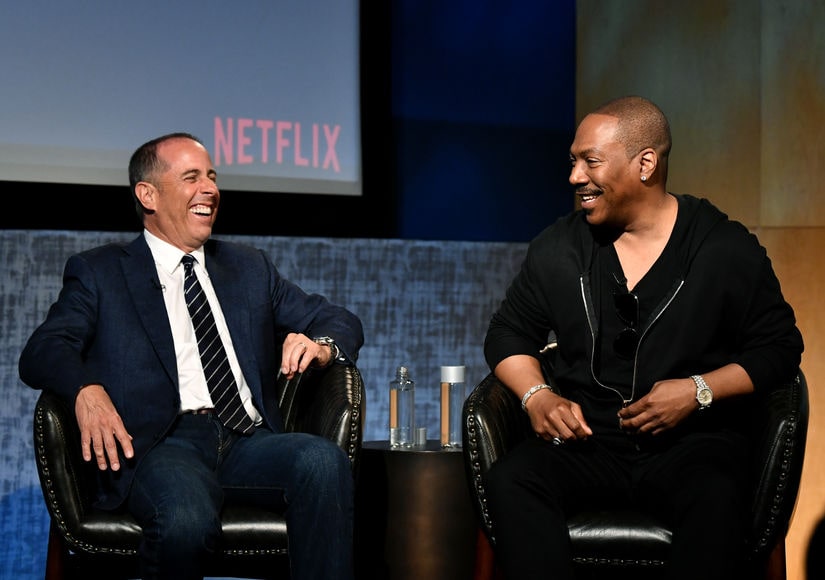 What is it about cars and coffee that make Jerry feel at peace? He explained, “You're just away. You're gone. You're not home. It's, you're moving.”

The new season of “Comedians in Cars Getting Coffee” streams Friday on Netflix. 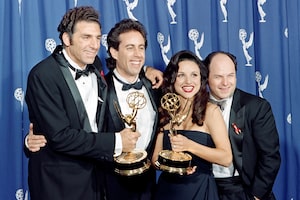 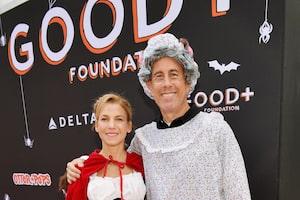 What Jerry & Jessica Seinfeld Are Teaching Their Kids