Shawn Mendes, 20, and Camila Cabello, 22, look more and more like a couple every day!

On Saturday morning, Shawn and Camila started off their day with a kiss at a café in San Francisco.

In photos obtained by TMZ, the pair were photographed sharing a laugh when they weren't kissing or enjoying a cup of tea/coffee.

They kept it casual for the morning outing, with Shawn even stepping out without any hair gel.

The day before, Shawn and Camila were seen smooching at another venue… Dottie's True Blue Café.

In the video, posted by PopCrave, Mendes was seen wrapping his arms around and bringing her close before their 10-second makeout session.

Mendes is currently in town for his tour stop at the Oakland-Alameda County Coliseum.

Things have been heating up between Camila and Shawn since the release of their steamy music video for “Señorita,” which had them playing lovers who eventually hook up in a motel.

After being seen several times over the July 4th weekend, the two also cozied up to each other in a booth at Kitchen24 in West Hollywood at 5 a.m.

Not only were they sharing the same side of the table, Shawn wrapped his arm around Camila and even planted a kiss on her forehead in a video and photo obtained by TMZ!

An eyewitness told Us Weekly, "They walked in and took a booth, and Camila put her head on Shawn's shoulder. He kissed her forehead and she hung her head on his shoulder. They looked like a couple and in love.”

The eyewitness continued, "Camila looked so happy, and so did Shawn. You could see they were very much into each other and look amazing together as a couple.”

At one point, Shawn seemed to spot a camera on their late-night date when he turned around in the booth. Camila tried to keep a low profile with a hoodie over her head.

Pointing out that their “Señorita” collaboration was “one of the most natural things in the world,” Camila recently told U.K.'s Clash magazine, “I think I've actually known him the longest out of anybody in the music industry — we've been in each other's lives for like four or five years, and it's been really beautiful to kinda grow up together. It's actually a really beautiful feeling to know that this person is always going to be in my life, we're always going to love each other."

The single is topping the charts in the U.K.

Cabello stressed about her rumored beau, “I just trust him, and no matter the level of intensity that he has around his career or I have, he is just normal, and that is so rare and precious to find in this industry. To be able to hang out with someone and you don't really care that they're Shawn Mendes, you know what I mean? You're just people, and that is definitely something that is rare.”

After the release of their music video, news broke of Cabello's split from dating guru Matthew Hussey. A source close to Camila told The Sun, “Camila's relationship with Matthew had run its course and they decided to break up about a fortnight ago.”

The insider added, “It was a mutual decision to end things. But they have spent a lot of time together over the last year and a half and want to stay friends despite going their own way.” 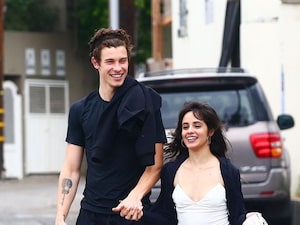 Following the breakup, Camila opened up about life, telling Clash, “Honestly, I think I'm just more brave. I feel like I can be much more honest with myself and other people because obviously I'm growing up and I have a more grounded sense of who I am.”

“I've fallen in love and I've experienced life,” she continued. “I feel so much more alive now, and I don't feel scared anymore.”

Cabello definitely isn't afraid to show her affections to Mendes anymore! For years, the two insisted they were friends.

We'll have to wait and see if Shawn is the inspiration behind some of her new music. 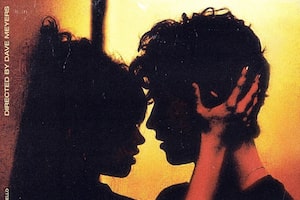 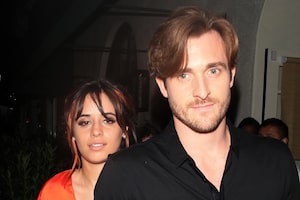